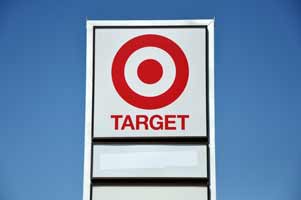 This coupled with President Trump addressing Congress tonight about healthcare and military spending will likely push the Dow to its 13 record high closes.

Now that we know what will be moving markets, here are three top stocks to watch today…

Valeant stock is down 4% in early morning trading after announcing Q4 earnings.

Revenue also declined this quarter to $2.4 billion. The same quarter a year ago saw revenue of $2.7 billion.

Novavax stock is down 13% in early morning trading after releasing its earnings report.

However, revenue is down 8% over the same quarter a year ago to $5.4 million.

Target stock is down 13% in early morning trading after posting a disappointing earnings report.

The company announced earnings per share (EPS) of $1.56, which is down from $2.32 EPS for the same quarter a year earlier. Adjusted EPS for the quarter were $1.45, missing analysts' expectations of $1.51.

Target also saw revenue decline over 4% from the same quarter a year ago. Revenue declined from $21.63 billion to $20.69 billion this quarter.