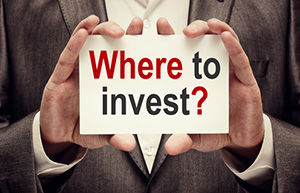 In Dow Jones News today, the Dow fell as markets took a break from the post-election rally and investors prepare for a potential rate hike in March.

Meanwhile, the Nasdaq was dragged down by Netflix Inc. (Nasdaq: NFLX) after a California law firm announced a class-action suit against the streaming giant.

The Dow Jones Industrial Average retreated 112 points despite a strong public-trading debut from one of the world's largest social media giants. Despite the downturn, the Dow still remained above the 21,000 level at the end of the trading session.

Don't Miss: This tiny $5 company just passed each of the seven benchmarks in this secret stock-picking method. Learn how to get in before its revenue surges an estimated 4,709%. Read more…

Investors are now awaiting a speech by U.S. Federal Reserve Chair Janet Yellen, who will talk on Friday afternoon at the Executives' Club of Chicago. The central bank will meet for the second time in 2017 on March 14.

The downturn came despite positive news in the U.S. labor market. Weekly jobless claims came in far lower than economists had anticipated last week. However, investors will have to wait until March 10 to see the official unemployment rate for February 2017.

Of course, the big story is the Snap Inc. (NYSE: SNAP) IPO.

The parent company of Snapchat had its first day on the New York Stock Exchange, and what a day it was. Shares rallied more than 44% above its initial public offering price of $17.00 as retail investors snapped up stock in the social media giant.

This was the most anticipated technology IPO since Alibaba Group Holdings Ltd. (NYSE: BABA) joined the same exchange in 2014. With markets in a frenzy, should you jump into this feeding frenzy when it kicks off tomorrow?

The short answer is "wait it out." [Editor's note: However, if you want to purchase the stock, we answer how, right here.]

This IPO is immensely rigged against retail investors. The social media's user growth metrics are stagnating. And the company has already said that it may never be profitable.

But there is a way that you can make money during the Snapchat IPO without buying the stock. In fact, this company will make more money off Snapchat in the years to come than the social media company itself.

Up Next: How to Buy Bitcoins- Your Guide to Digital Profits