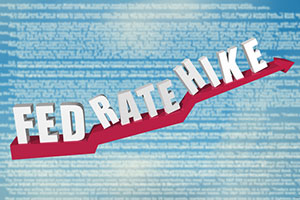 In Dow Jones news today, the Dow was slightly up after U.S. Federal Reserve Chair Janet Yellen indicated the central bank is likely to raise interest rates in March.

A light day of earnings reports and economic data gave the markets time to take a breath from the blistering rally that has taken place since the November election.

Entering the final hour of trading Friday, the Dow was hovering at the 21,000 mark and gained two points to finish above 21,000.

This afternoon, Fed Chair Janet Yellen hinted that the central bank will raise interest rates later this month should economic data remain upbeat. The Fed and the markets will be keeping an eye on employment and inflation figures ahead of the March FOMC meeting.

"At our meeting later this month, the committee will evaluate whether employment and inflation are continuing to evolve in line with our expectations, in which case a further adjustment of the federal funds rate would likely be appropriate," Yellen said during a speech at the Executives' Club of Chicago.

On Wednesday, inflation data indicated the largest monthly gain in nearly four years and pushed the inflation level within striking distance of the Fed's target rate of 2%. Yellen's speech today has placed a big emphasis on next Friday's release of the February jobs report.

According to CME's FedWatch tool, the probability of a rate hike in March increased from 75% to 82% after Yellen's speech.

Crude oil prices were pushing higher despite news that the U.S. production rig count increased again last week. Baker Hughes Inc. (NYSE: BHI) announced that the domestic rig count increased by six platforms last week. This brings the official figure for rigs in operation to 609, the highest level since late 2015. February was the 10th consecutive month that the number of rigs increased. It is an especially positive trend for large producers like Exxon Mobil Corp. (NYSE: XOM).

But the big story is that Greece is on the verge of its fourth bailout in seven years.

Even though the debt crisis in Greece has been going on for more than a decade, European officials have continued to throw more and more money at the problem instead of offering real structural reform.

Here's a complete timeline of the financial crisis that could - and will if things don't change - sink the European economy once and for all.

Up Next: Are We Going to War with Russia?

Pot will save the market.