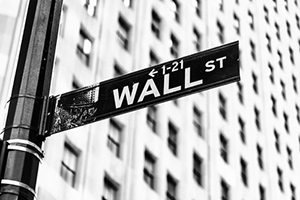 On Wednesday (March 1), the Dow sailed past the 21,000 mark on its way to another all-time high. But the Dow's post-election run - up 15% - has investors wondering when the markets will fall.

That's why we're giving you our next stock market crash prediction.

And we are going to do just that.

Before we show you our plan, here's how we made our 2017 stock market crash prediction...

We looked back to two of the biggest stock market crashes of the 20th century to see what caused them. What we found was speculative investing inflated stock values to unsustainable levels.

But the massive growth wasn't fueled by a growing economy or more profitable corporations. The growth was fueled by risky speculation. Traders were convinced the market would never fall, so they took more risks by buying stocks.

Average investors borrowed over $120 billion (in today's figures) to buy stocks. This level of risk is inherently dangerous, but borrowers thought they were simply losing money by not having it invested in stocks.

But stocks were being driven up to new heights by these risky purchases. And when the market dipped, investors panicked.

Just Released: Be sure to check out our latest stock market crash protection guide for even more strategies you can use to protect your money - and even profit - during a market crash. Click here...

More recently, another round of speculative investing led to the stock market crash of 2008.

This time, speculation in the housing market led to a stock market collapse.

Between 1996 and 2006, the average price of a home in the United States doubled, and again investors and bankers believed the market could only go up. This belief led to unsustainable risk-taking.

Buyers bought more expensive houses than they could afford and lenders lowered their standards so nearly anyone could qualify for a mortgage. Wall Street banks bought mortgages, even the most risky mortgages, and traded them as securities.

But home prices would fall.

Will the Next Stock Market Crash Prediction Come True?

The Dow has been shattering all-time highs, but low interest rates have overinflated the value of the market. We can't say with certainty an overvalued market will lead to a stock market crash, but these signs mean investors need to be prepared.

Trending Story: North Korea Is “Fake News” – This Is Where WWIII Will Start

In 2008, the U.S. Federal Reserve cut interest rates to 0.25%, down from over 5% a year prior. The idea was by cutting interest rates, corporations would be more willing to borrow and spend money. This would stimulate the economy.

But instead of using the cheap borrowing costs to finance new developments or expansion, corporations borrowed money to buy back shares of their own stock.

In fact, since 2008 public corporations have borrowed $1.9 trillion as they've purchased over $2 trillion of their own stock shares.

At the same time, investors who might have bought bonds turned to stocks in search of better returns.

These effects of low interest rates meant money poured into the stock market, driving prices higher. But this money wouldn't have gone into stocks if interest rates were higher.

And today (March 3) Fed Chair Janet Yellen said a March rate hike is likely. Rising interest rates might lead to a market correction. No one can know if that will cause a 2017 stock market crash or not.

But savvy investors will be prepared either way, and we're here to help. We've put together a three-point plan to help protect your money from a stock market crash and profit, too...

The idea that a debt can be converted into an investment is fundamentally reversed and doomed to fail. The fact that this backward system has been implemented as the core foundation and support of our monetary system, means our financial system will inevitably fail.