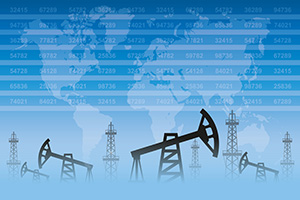 The downturn occurred even though the number of Americans seeking unemployment benefits again fell last week. According to the U.S. Labor Department, the number of Americans seeking jobless benefits remained below 300,000 for the 105th consecutive week. In addition, the bull market officially turned eight years old. In the last eight years, the Dow Jones has added more than 14,000 points and the S&P 500 has roughly tripled.

On Wednesday, the Dow fell 69.03 points thanks to a big drop in oil prices.

The Dow Jones Industrial Average projected a downturn after the ECB's rate hike decision. ECB President Mario Draghi said that the central bank would also consider expanding its quantitative easing program should the economic bloc's financial situation worsen in the months ahead.

Trending Now: Should I Open a Bitcoin IRA?

Shares of Snap Inc. (NYSE: SNAP) were off 1.1% in pre-market hours. The stock has experienced a volatile start to its trading on public markets. Yesterday, SNAP stock added 6.3% after reports indicated that short-selling interest in the social media company had waned. While investors may be eyeing the stock, Money Morning has discovered another way to profit from Snapchat without ever having to own shares. Here's our latest profit opportunity on SNAP stock.

But the big news today is the sharp downturn in crude oil prices.

On Wednesday, the Energy Information Administration announced that U.S. crude inventory levels hit a new all-time record. After the announcement, crude prices plunged more than 5% and raised new concerns about a global oversupply of the commodity. Crude prices slumped below $50 per barrel after the United States reported that domestic inventory levels surged to 528.4 million barrels after a gain of 8.2 million barrels in a week.

This news came the same week that traders raised new concerns about the stability of OPEC's agreement to cap excessive crude production. During an energy conference in Houston this week, Saudi Arabia's energy minister made statements that raised eyebrows about his nation's commitment to the cartel's production deal.

Shares of both Exxon Mobil Corp. (NYSE: XOM) and Chevron Corp. (NYSE: CVX) were both off more than 0.5% in pre-market hours.