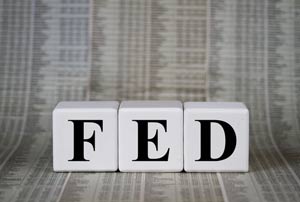 In the upcoming March FOMC meeting, Chair Janet Yellen and the rest of the U.S. Federal Reserve are expected to raise interest rates by 0.25%.

As of today (March 9), CME Group's FedWatch Tool places the odds of an interest rate hike at 90.8%.

Here's why the markets are so sure the Fed will raise interest rates...

Expect an Interest Rate Hike at the Next Fed Meeting

That means there are only seven more meetings for the Fed to raise rates if it wants to hit its target of three rate hikes.

Investors are also expecting an interest rate hike because of the perceived strength of the U.S. economy.

In January 2017, the United States added 227,000 new jobs. That exceeded analysts' expectations of 180,000 jobs by 26.11%. Also, the Fed will take into account the fact the Dow Jones Industrial Average has skyrocketed 13.79% since the election of President Donald Trump.

That's a sign investors are confident in the economy.

So all the signs point to a March rate hike. But there is one reason the Fed might keep interest rates unchanged.

Here's what could stop the Fed from raising interest rates in March 2017...

The One Factor That Could Prevent a March 2017 Rate Hike