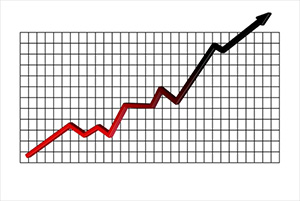 The Dow Jones moved higher Friday as investors cheered the February jobs report. However, this raised expectations that the Federal Reserve will increase interest rates when it meets next week. In addition to the unemployment rate falling to 4.7%, the Labor Department also said the U.S. economy created 9,000 more jobs that previously calculated.

We break down the ramifications of another interest rate hike in March and if it could cause the next stock market crash. Here's what you need to know.

The WTI crude oil price today slid and fell below $49.00 per barrel for the first time in 2017. WTI fell 1.6%, while Brent prices also slumped 1.6%. Traders are growing increasingly concerned that supply is outpacing demand. Those fears have been exacerbated this week on news that U.S. inventory levels hit a new record, Saudi Arabia may not be willing to make deeper cuts in its output levels, and the number of U.S. production rigs have increased for 10 straight months. This afternoon, Baker Hughes Inc. (NYSE: BHI) said the number of domestic rigs increased by eight platforms last week. It was the eighth consecutive week that the number of rigs increased.

The gold price in 2017 has been sliding over the last two weeks as investors prepare for a rate hike. Gold prices hovered just above $1,200 per ounce Friday, and this level could be a very good entry point for investors. Money Morning Resource Specialist Peter Krauth projects the price of gold will hit $1,265 by mid-year. But the real profits will be made toward the end of 2017. To see Krauth's year-end gold forecast, go here now.

The country is quickly running out of money, and an economic crisis in Greece could fuel a serious problem for investors' portfolios. The nation's debt load has exploded since the Great Recession in 2008. Even worse, the requirements placed on Greece to receive bailout money have stifled its economy.

What happens next and what should you do to protect your portfolio? Here's everything you need to know...