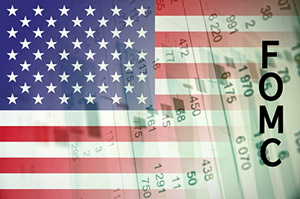 In Dow Jones news today, the Dow fell thanks to a downturn in healthcare stocks. Shares of Merck & Co. Inc. (NYSE: MRK) and Bristol-Myers Squibb Co. (NYSE: BMY) led the decline in the sector, which snapped a three-day winning streak.

Meanwhile, the Nasdaq pushed higher thanks to gains from Facebook Inc. (Nasdaq: FB), which hit a new all-time high during today's trading session.

We break down the ramifications of another interest rate hike this week, and we also look at if it could cause the next stock market crash. Here's what you need to know.

While the possibility of several interest rate increases has pushed commodity prices lower and the U.S. dollar higher, there is one commodity that could experience a big breakout after the Fed takes action. Money Morning Resource Specialist Peter Krauth offers his latest price forecast for silver prices in 2017. In fact, a silver price rally could start this week.

Airbnb is no closer to filing for an IPO in the months ahead. At an event in Manhattan, company CEO Brian Chesky said his company has no plans to make an announcement. Following the Snapchat IPO two weeks ago, investors are wondering when other unicorns like Airbnb and Uber will join the public markets. While Airbnb has indicated its intentions, investors now want to know the same question. "Will Uber Go Public in 2017?" We answer that question, right here.

The Congressional Budget Office (CBO) is set to issue a report on the impact of repealing the Affordable Care Act, also known as Obamacare. Pundits believe that the report will indicate that millions of Americans would lose their healthcare coverage should Republicans repeal the healthcare law and replace it with a new proposal. Such news could add new ammunition for critics of the GOP's replacement bill. Never in the history of the country has Congress been able to repeal or roll back major entitlement programs after they become entrenched in the lives of the American public.