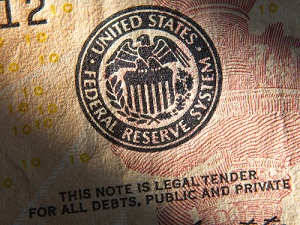 In Dow Jones news today, the Dow slid again as investors prepare for another interest rate hike from the U.S. Federal Reserve.

The Dow fell 44 points as the markets prepare for tomorrow's announcement by the Federal Reserve on whether the central bank will raise interest rates in March.

Must See: Thanks to an unlimited source of fuel and a stunning breakthrough in chemical engineering, we now have the ability to power the entire planet for over 36,000 years. And the cost of this fuel is zero. It's free. Read more...

The expectation is that the U.S. Federal Reserve will raise interest rates tomorrow afternoon at the conclusion of the meeting. The Fed's plans on monetary policy have some investors asking a very perilous question: "Will the stock market crash after the FOMC meeting?" We break down the ramifications of another interest rate hike this week and if it could cause the next stock market crash. Here's what you need to know.

Airline stocks were under pressure - including United Continental Holdings Inc. (NYSE: UAL) and American Airlines Group Inc. (Nasdaq: AAL) - due to paralyzing winter weather on the East Coast. Thousands of flights have been delayed due to blizzard conditions.

Crude oil prices were slumping for the seventh consecutive session after OPEC released a bearish report on the near-term future for oil. OPEC reported an uptick in global inventory levels. The news coincides with a report this afternoon from the American Petroleum Institute. Analysts are expecting another build in crude inventories in the United States.

Trending: These Are the Saudi Aramco IPO Underwriters

But the big story was Snap Inc. (NYSE: SNAP).

The parent company of Snapchat was reeling Tuesday after eMarketer announced that it expects the company's ad revenue to come in well short of previous expectations. Shares fell more than 3%.