Access Your Profit Alerts
Sign Up for Money Morning and get your free report:
"The Best Stocks to Buy Now"
How to Buy Bitcoin
Twitter
Stocks: AND 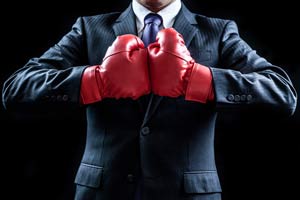 Activist investor Carl Icahn declared five years ago that rival activist investor Bill Ackman would be the victim of the "mother of all short squeezes." Now he appears to be taking steps to make that happen...

The move may have been an act of retaliation against Ackman, who is short $1 billion worth of Herbalife and has said the stock will go to zero.

Here's a look at how the two Wall Street giants got started in a 14-year-long, billion-dollar betting match...

The 14-Year Battle Between Carl Icahn and Bill Ackman

Who Is Carl Icahn?

Carl Icahn: The 81-year-old started his career on Wall Street in 1961 as a stock broker. Shortly after he formed Icahn & Co., a securities firm that focused on arbitrage and options trading. In 1978, Icahn began taking very substantial and sometimes controlling positions in companies. After his 1985 hostile takeover of Trans World Airlines, he earned a reputation as a corporate raider.

Today, Carl Icahn is worth $16.1 billion. He's No. 26 on the Forbes 400 (a definitive list of the U.S. richest billionaires by their estimated net worth) and is still religiously investing through his securities firm. He's also a special advisor to U.S. President Donald Trump.

After the failed deal, Ackman sued Icahn; the court ruled that Icahn had to pay the investors $9 million plus interest.

Shortly after Icahn transferred the money, the two spoke on the phone. As Icahn remembers it, "he [Bill] started to lecture me...and I said, 'I've been in this business for 50 years, and I've done O.K. without your [Bill's] advice," according to The New York Times.

The billionaires' spat remained dormant for nine years until 2012, when Ackman announced the aforementioned $1 billion short of Herbalife.

In what presumably was an act of revenge for being sued by Ackman, Icahn invested a large sum of money into Herbalife. The two men went after each other on an expletive-laden name-calling match on CNBC in 2013:

Who Is Bill Ackman?

Then in 2014, the Federal Trade Commission (FTC) opened an investigation into Herbalife's business practices. Icahn put five of his own people on the company's board to help shepherd it through the probe.

The investigation ended in July 2016. The FTC fined Herbalife $200 million and forced it to "fundamentally restructure" its business. Icahn seemed undeterred by the FTC's ruling; instead of selling, he increased his ownership from 25% to 34.99%.

And that brings us to Monday's events, when Icahn increased his long position yet again. The move sent HLF shares up 3% in pre-market hours that day, and the stock is up 3.8% since, at $53.84 per share.

To get more up to date news on Wall Street, follow us at @moneymorning or on Facebook.