In Dow Jones news today (Friday, March 17), the Dow had a small loss as declines in healthcare stocks offset positive momentum in the technology sector. 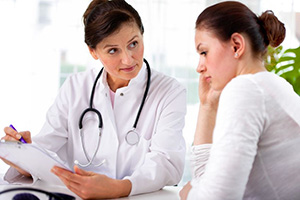 The S&P 500 healthcare sector dipped thanks to a sharp 6% decline from Amgen Inc. (Nasdaq: AMGN). Shares of the drug maker slumped after the company released weak data from a study of a cholesterol drug. The iShares Nasdaq biotechnology ETF (Nasdaq: IBB) fell more than 1% on the day.

The downturn comes a day after Donald Trump announced plans to reduce spending for the National Institute of Health and to increase regulatory payments to the Food and Drug Administration (FDA).

Get In Now Before This Stock Takes Off... The world's biggest chip maker recently invested $25 million in this tiny tech firm. Find out how to make this $5 stock a part of your portfolio today. Read more...

Crude oil prices ticked slightly higher despite increased concerns about the stability of OPEC's deal to cap excessive production and rising inventory levels in the United States. The WTI crude oil price today added 0.1%, while Brent crude gained 0.1%. While traders remain concerned about falling oil prices, we've discovered a way to make big profits off crude prices in the year ahead. Check out our latest investment play to help you reach double-digit gains in 2017.

Gold prices had their first weekly gain since February thanks to a tepid performance from the U.S. dollar. Even though the Federal Reserve raised interest rates Wednesday - a move that traditionally strengthens the greenback - traders and the market were acting as though the central bank had lowered rates. Markets remained unconvinced that the Fed has a real timeline for future interest rate hikes despite statements that its leaders want at least three increases in 2017.

The price of gold is expected to keep rising in the months ahead thanks to a number of outside factors that aren't controlled by U.S. monetary policy. We expect gold prices to hit at least $1,400 by the end of 2017. While that would be a 13.6% gain, Money Morning Resource Specialist Peter Krauth has a way to make 50% -- even 82.1% on rising gold prices.

It all starts with owning some of the top gold mining stocks, both of which will post huge double-digit returns this year.

Top Story: The Best Stocks to Buy (and When to Sell) for Mega Profits in 2017