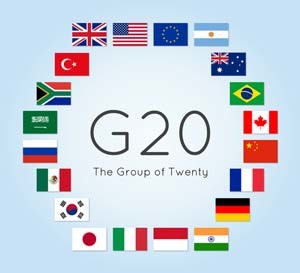 On Thursday, the Dow Jones Industrial Average dropped 15 points after President Trump proposed a series of budget cuts in funding for medical research and a massive uptick in regulatory costs for the sector. A downturn in healthcare stocks offset any momentum produced by another round of positive economic data. Here's more on yesterday's downturn.

The Dow Jones futures are up 25 points this morning as Wall Street prepares for another busy day of economic data and the beginning of the G20 conference. Traders will be looking for improved metrics in U.S. manufacturing and consumer sentiment after the economy showed positive momentum in the construction market yesterday.

On Thursday, President Trump proposed a series of budget cuts in funding for medical research and a massive uptick in regulatory costs for the sector. Healthcare stocks slumped as a result.

Crude oil prices were slightly up Friday morning despite news that investors are concerned about growing supply levels around the globe. Traders remain on edge about the stability of OPEC's production supply cuts and the ability of non-member Russia to meet its targeted goals to cap excess output. In addition, the markets will be looking to a report later today from Baker Hughes Inc. (NYSE: BHI) on the domestic rig count. The report will offer a glimpse into whether U.S. production is on the rise.

But the big stock market news today comes from Washington...

While everyone is talking about the Trump budget, the real threat to the post-election rally is happening with the debate over the Affordable Care Act. Markets have roared higher since President Trump teased his new tax plan on Feb. 9, which promised to slash corporate taxes by 25%. But with Congress now racing to replace the Affordable Care Act, Money Morning Capital Wave Strategist Shah Gilani worries that could make investors question whether or not the tax cuts will actually come. Here's Gilani's latest insight on what could happen next.

New Report: These "Second Salary" Plays Could Make You and Your Grandkids Rich