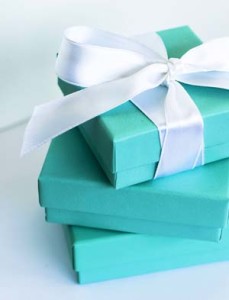 Despite opposition, it is expected that the debt ceiling will be raised in time. It could potentially fuel a larger budget debate leading up to the Oct. 1 deadline, though.

Also happening today is a meeting of German Chancellor Angela Merkel at the White House with President Donald Trump. NATO, Russia, and the Paris climate change agreement are likely to be topics of discussion. Investors will be looking for direction on potential policies on climate change, something Trump has been quiet about since his inauguration, at the joint press conference at 1:20 p.m.

Canada Goose stock is up almost 6% in early morning trading after its IPO yesterday.

The coat manufacturer had its IPO yesterday amid animal rights protests. Protestors harassed pedestrians wearing the high-end fur coats as they walked the streets of New York.

Canada Goose saw a 25% increase in share price yesterday despite the protests and is expected to climb again today.

Mulesoft stock will be introduced today at a price of $17.00 a share.

The cloud platform company specializes in application programming interfaces (API) that allow different apps and technology to communicate with one another. The software allows for easier integration of tech products.

The company initially gave a price range of $12-$14 for its IPO. However, it will start trading at $17 per share today, which will raise nearly $3 billion for the company.

Tiffany stock is up 3.5% in early morning trading after announcing a positive earnings report.

The company had announced in January that holiday sales at its flagship store in New York were below expectations due to increased security at Trump Tower.

An even better sign for the high-end jeweler is that same-store sales were steady despite predictions of a decline of 1.4%.

Up Next: It will have skyscrapers, suburbs, parks, malls - even churches. But there's one thing you won't find: people. For the last few years, the businessmen and government contractors behind this $1 billion city with no people have been very close-lipped about it all. What exactly is going on there? Read more...