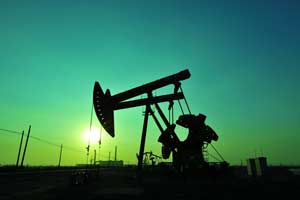 In Dow Jones news, the Dow fell 8.76 points as traders turned their attention to the roster of U.S. Federal Reserve speakers set to talk tomorrow. The Nasdaq hit an all-time high during the trade session thanks to a strong uptick in Apple Inc. (Nasdaq: AAPL) stock.

Markets are on edge thanks to the ongoing battle on Capitol Hill regarding the potential repeal of the Affordable Care Act. Many investors are concerned that the Trump administration has used too much political capital on repealing and replacing the healthcare law. They remain concerned that Republicans may not be able to pass tax reform this year.

Uber President Jeff Jones is quitting. According to a March 19 Recode report, Jones is quitting because of recent controversies at Uber. These controversies range from sexual harassment claims to Uber using a tool called Greyball to deceive authorities. So, how will this impact the long-awaited Uber IPO? We tackle that question, right here.

But the big story is happening in the retail sector.

Brick-and-mortar retailers continue to see their share prices erode as consumers turn to Amazon.com Inc. (Nasdaq: AMZN) and Alibaba Group Holding Ltd. (NYSE: BABA). One of the nation's most iconic retailers is on the brink of total collapse. This company – and many others like it – are in total denial about one of the biggest trends in the history of the business.

And you could make a lot of money by playing a trend that too many investors are ignoring.

Up Next: Three Reasons You Shouldn't Try to Invest Like Warren Buffett