There's some big news about the top marijuana stock to watch this week: One company is launching a product with a $699.95 price tag that has state-of-the-art LED technology that could be a game-changer for growers.

Through our free Money Morning Profit Alerts service, this is the type of news we deliver directly to our readers every day in real time.

We're focused on the marijuana industry right now because of the massive wealth it could create for retail investors.

That's a potential 198% increase in sales in just four years.

You see, this explosive growth reminds us of two other companies. These two companies were both startups in emerging industries but are now valued at $408 billion and $403 billion. They may have been thought of as risky investments at the time, but now they are both household names.

But some forward-thinking investors have profited over 2,800% from just one of the two companies we are about to mention...

Marijuana Stocks Could Provide Massive Long-Term Profits Like These Stocks

Now, Internet shoppers can do everything on Amazon from streaming movies to ordering groceries.

NEW: Plot your course to a 7-figure weed windfall with the top pot stocks from every ecosystem - growers, edibles, dispensaries, and more. Read more...

In fact, 80% of U.S. consumers make at least one purchase from Amazon each month as of December 2016, according to DMR.

And forward-thinking investors who believed that online shopping was more than just a trend have been rewarded with quadruple-digit gains.

Another company that has rewarded forward-thinking investors is Facebook Inc. (Nasdaq: FB).

However, Facebook CEO Mark Zuckerberg turned his social network site into much more than a place to share status updates. For example, hotel customers can use Facebook's Messenger to book rooms and check on reservations, and Facebook is adding job network features to its site.

I know what you're thinking: Amazon and Facebook operate in completely different industries. They sell legal products and ad space, while marijuana is still illegal under federal law. 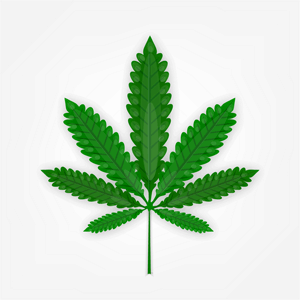 But what the marijuana industry has in common with Amazon and Facebook is the long-term growth opportunity.

With 60% of U.S. citizens supporting marijuana legalization (the largest percentage recorded in Gallup's 47-year trend), it's only a matter of time before each state legalizes medical marijuana.

After that, recreational marijuana legalization in each state won't be far behind.

When that happens, marijuana won't be viewed as such a risky industry, and long-term investors could generate massive profits.

For this week, the company we're watching shouldn't be considered a recommendation. Rather, it's a stock to watch for our readers who are following the marijuana industry.

Here is the top marijuana stock on our watch list for March 20...