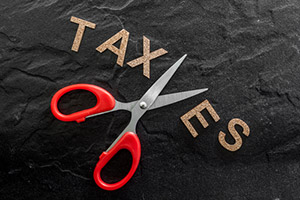 In Dow Jones news today, the Dow fell over 200 points as concerns continue to accelerate that President Donald Trump will not be able to cut taxes as quickly as hoped for.

It was the worst day of 2017 for the Dow as banking stocks led the decline. The Nasdaq also dropped more than 1%.

Policy analysts project that the Trump administration and Republicans will not be able to get the repeal bill of the Affordable Health Care Act through Congress. That fleeting expectation has investors worried that the GOP will also fail to engage in tax reform later this year.

Crude oil prices fell to a four-month low as markets largely ignored chatter that OPEC would follow through on the extension of its deal to cap excessive production. Rising U.S. production and inventory levels have largely deflated hopes that OPEC and non-member Russia will continue to slash crude production without seeing better economic results.

But the big story sliding under the radar was reported on March 17 by USA Today.

The world's first marijuana gym will open in the fall of 2017 in San Francisco. The announcement is the latest positive sign for the marijuana industry, showing that recreational use is becoming more widespread and accepted in the United States.