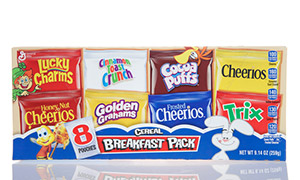 There are two things that markets will be watching closely today. The first is the second day of questions for Judge Neil Gorsuch. He is President Donald Trump's nominee for the Supreme Court.

Lawmakers on both sides of the aisle approve of the nomination, but it remains uncertain if Democrats will vote for Gorsuch.

In these speeches, look for cues as to how frequently the Fed expects to raise rates this year, along with hints of when the next rate hike will occur.

Deutsche Bank stock is up almost 20% in early morning trading after a 23% dip yesterday.

Today's price jump is likely the leveling out after the unexpected announcement. However, there is still room for volatility in the stock price now that Deutsche Bank is facing fines from New York's Department of Financial Services and the Federal Reserve. The fines are in relation to its conduct in the foreign exchange market and the closing of a criminal investigation.

As of right now, the amount of the fines has not been released. It will probably be a week or more until the fines are officially levied because the investigation has not been formally closed.

Esperion stock is up 2% in early morning trading.

Esperion expects that the FDA will approve the new drug. Despite that news, it will have a long way to go to be profitable for the company. There are older, cheaper cholesterol-lowering drugs available, so getting insurance to cover the more expensive drug may be a challenge.

General Mills stock is down 2% in early morning trading after a disappointing earnings announcement.

The company has posted declining sales for the seventh quarter in a row. Net sales dropped 5.2% for the quarter to $3.79 billion. Analysts' expectations were $3.82 billion in net sales.

General Mills cited weak demand for baking products and yogurt as the reason for the decline in sales.

Net income was $0.61 per share, which is slightly higher than expectations of $0.59.

4743 Reads
The Best Penny Stocks to Own Right Now – 185% Profit Potential
The best penny stocks to own are the highest reward for the lowest risk. And there are preferably a lot of insiders buying up shares in good faith. Then I can trust the high analyst projections - like the 185% growth target on our top penny stock today.