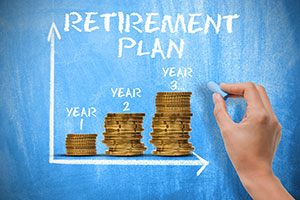 The way working-class Americans feel about their ability to retire is growing bleaker.

The problem is, people just don't think they have enough savings accumulated to stop working...

A staggering 54% of all U.S. workers plan on retiring after the age or 65 or not at all, according to the Transamerican Center for Retirement Studies (TCRS). According to a 2015 survey done by the Employee Benefits Research Institute, one in 10 workers believe they'll need a minimum of $1.5 million in savings to retire comfortably. That's half a million more than Americans thought they needed a decade ago.

But armed with a little more information, there are a few easy-to-follow tactics every retirement investor can use to maximize savings.

Here's how to make your 401(k) grow faster, with a little help from Money Morning Chief Investment Strategist Keith Fitz-Gerald -- a 30-year market analyst recently hailed by Forbes as a "Market Visionary"...

Simply put, a 401(k) is retirement plan that is offered to employees by their employer. What makes it advantageous to U.S. workers is the account’s tax advantages -- it lets employees contribute a percentage of their paycheck pre-tax.

Additionally, 70% of 401(k) plans offer employer-matching programs, where an employer matches employee contributions up to a certain percent -- in other words, the employee earns free money when contributing cash to his or her own savings account.

According to Bloomberg, two-thirds of Americans don't contribute anything to a 401(k) or other retirement account available through their employer.

Many workers feel they just can't spare the cash due to other financial concerns. Additionally, some don't know what a 401(k) is or how it works -- especially if employers aren't making much of an effort to sign them up. For example, the only info an employee might receive on 401(k)s could be part of a stack of orientation papers received the first day on the job.

But putting something -- anything -- into a 401(k) throughout your working years will pay off big time. To put into context what enrolling in a 401(k) and just contributing a few hundred dollars a month can do for you, here's an example Fitz-Gerald told members on Dec. 19, 2016:

Imagine you being investing in May 2001, right before the dot-bomb crash hit and the Dow saw a 21% decline in just 21 months. But despite the panic all around you, you faithfully contributed a few hundred dollars to your 401(k) each month.

But unlike millions of other investors, you have a huge grin on your face. That's because by May 2012, you've stashed away $150,000 of your own money, and now, your retirement account balance reads well about $500,000.

And you didn't do it by picking out only the best stocks, or stocks at all for that matter... rather, every dime of the $150,000 you stashed away over 11 years went to mutual funds offered by your work place retirement plan. There was nothing special about them, either.

That's the power of enrolling in your employer's 401(k) plan.

Rule No. 2: Accept the Free Money

Very useful for someone who is well educated with 401K

Lost a lot by reading Ron Paul, Davidson, Stockmann who warned about a crash in 2016 and even now. I stayed out of the market–fearful of losing as at age 80 there is no chance of regaining losses.