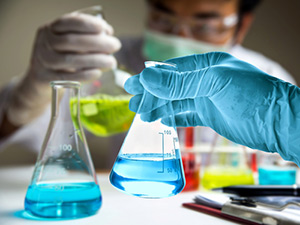 The healthcare bill will have so much influence over the markets today because many associate the passage of the bill with the effectiveness of the Trump administration. So if it doesn't pass, many will question whether President Trump can get his infrastructure spending and tax cuts through Congress.

Synergy Pharmaceuticals stock is up 5% in early morning trading after an 8.6% drop in stock price yesterday.

The company is a biopharmaceutical firm that specializes in the development and sale of gastrointestinal (GI) therapies. Currently, Synergy has two products in the pipeline. They are plecanatide and dolcanatide.

Synergy Pharmaceuticals stock currently has a "Strong Buy" rating, according to the six analysts that follow the company.

SGYP stock is currently down 25% so far this year.

PVH stock is up 7.5% in early morning trading after releasing its quarterly earnings report.

The company is a clothing corporation that owns brands such as Calvin Klein, Tommy Hilfiger, and Van Heusen.

Earnings per share (EPS) were $1.23, while analysts' expectations were $1.19. While the company's EPS was less than the $1.52 it posted for the same quarter last year, beating expectations has traders bullish.

Neurocrine Biosciences stock is up 8.6% in early morning trading after announcing phase 3 results.

The company develops treatments for neurological and endocrine-based disorders and diseases.

Currently, Neurocrine has been working on a drug called Ingrezza, which treats tardive dyskinesia (a disorder with involuntary and repetitive body movements). The full phase 3 trial results were published in a journal paper ahead of the deadline for the FDA to approve the new drug.

Neurocrine Biosciences is hoping to beat out Teva Pharmaceutical Industries Ltd. (NYSE ADR: TEVA) for the treatment approval for tardive dyskinesia to win the first-mover advantage.

The FDA approval deadline for Ingrezza is Aug. 30.