The Spotify IPO could happen in 2017 or be delayed until 2018, but the streaming music service is not a publicly traded company as of March 24, 2017.

That means there isn't a Spotify stock price right now. However, I've found a backdoor way to play the Spotify IPO, months before it happens. And this little-known stock has a conservative profit potential of 63%...

You see, there's a big reason why investors are so anxious to invest in the Spotify IPO: its massive user base.

In comparison, Apple Inc. (Nasdaq: AAPL) has just 20 million subscribers for Apple Music as of December 2016.

I know what you're thinking: Spotify's user totals are impressive, so why hasn't it gone public yet?

Why the Spotify IPO May Be Delayed

Spotify currently isn't profitable. It generated revenue of $2.8 billion in 2015, but still reported a loss of $194 million.

According to DigitalMusicNews.com, Spotify is paying at least 70% of its revenue to Universal Music Group, Warner Music Group, and Sony Entertainment. Since its inception in 2006, Spotify has reportedly paid a total of $5 billion in royalties.

Keep in mind that Spotify's costs are even higher, as that $5 billion doesn't include taxes and overhead. 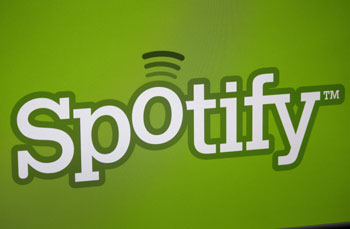 Now, it's true companies aren't always profitable before they go public. But the problem with Spotify is it doesn't even appear to have a plan to reach profitability.

The company wants to lower royalty fees, but the record companies obviously want to keep royalties the same.

However, we found a way to make money off of Spotify right now, without even investing in a risky IPO.

There's a hidden profit opportunity that could net returns of 63% buried in Spotify's operations.

Here's the real way to make money off of the music streaming provider...