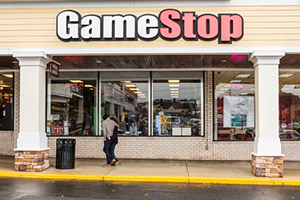 Yesterday, the House was scheduled to vote on "Trumpcare," the replacement for "Obamacare," but the vote never took place. There were not enough Republicans willing to vote for the bill, so leadership put the vote on hold.

President Trump is urging the House to pass the bill today. If it fails to secure enough votes, Trump has threatened that "Obamacare" will stay as he looks to get infrastructure spending and tax breaks passed.

TransCanada stock is up 1.6% in early morning trading after securing the permit needed to build the Keystone XL oil pipeline.

The company had filed for arbitration against the U. S. government on June 27, 2016. TransCanada claimed the government violated NAFTA because it was singling out the Keystone XL pipeline permit application in order to gain political favor with foreign governments and environmental activists while other pipelines were not facing the same permitting scrutiny.

This morning, TransCanada announced that it received a presidential permit from the U.S. Department of State, allowing the company to construct the Keystone XL pipeline that will carry oil from Alberta, Canada, to Oklahoma and Texas.

GameStop stock is down 11% in early morning trading after releasing its quarterly earnings report.

The video game retailer announced earnings that declined 3% over last year. Q4 earnings were $243.8 million, while last year for the same quarter the company announced $251.6 million in earnings.

With revenue and earnings down, GameStop announced that it will close 2% to 3% of its stores worldwide.

FinishLine stock is down 15% in early morning trading after announcing a disappointing earnings report.

The retail company posted a loss of $0.23 per share for the quarter. The same quarter last year saw earnings per share (EPS) of $0.09.

Needing to heavily discount merchandise is being cited as the reason for the earnings miss.

Pot Stocks Creating Historic Cash Windfalls: The $6.7 billion legal marijuana market is estimated to top $35 billion by 2020. And a few dozen tiny stocks are set to deliver potentially once-in-a-lifetime windfalls. As a service to Money Morning readers, we're now making available our 89-page cannabis investing guide, The Roadmap to Marijuana Millions. This "bible of weed investing" features the absolute top 30 pot stocks in edibles, dispensaries, biotech, and more - all of which could make you a fortune. Click here to reserve your copy now!