Access Your Profit Alerts
Sign Up for Money Morning and get your free report:
"The Best Stocks to Buy Now"
How to Buy Bitcoin
Twitter
Stocks: JOBS
View Comments 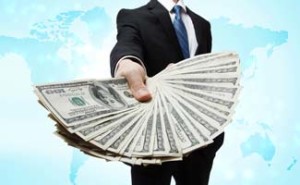 In North America in 2016, marijuana sales totaled $6.7 billion. And because the industry is booming, there are plenty of marijuana jobs in this growing market.

Some of these jobs are quite lucrative, with salaries of $125,000 or more.

And for marijuana job seekers, there are a variety of opportunities in the cannabis market.

One entry-level position in the marijuana industry is the position of bud trimmer.

In a medical marijuana dispensary, a trimmer cuts the flower from the stem of a marijuana plant with little scissors. The bud trimmer must make sure to cut what is needed and not waste the plant.

It tends to be one of the lowest-paid jobs in the industry at $12 to $13 an hour, according to Forbes.

However, with minimum wages in most states being $10 or less, this is still better paying than most minimum-wage jobs. And because legal cannabis is still a new industry, there is room for bud trimmers to work their way up in a company.

There are several ways that you can be a marijuana delivery driver and make some decent cash.

There is even an app medical marijuana patients can use in some areas called "Eaze." Drivers for Eaze can earn at least $16 per hour and can keep all of their tips.

If you have a background in the arts, you might be able to leverage that into a career as a marijuana script writer.

Cannabis-related movies and television shows are becoming more popular after the long-running success of the series "Weeds." There are now at least six marijuana projects in development for the next several years on various networks, according to Leafly.com.

The next seven jobs on our list are surprising, and they could net you six-figure incomes…

Jack Delaney wrote a great article on January 11, 2017 regarding marijuana stocks tom watch, but I have not seen a follow-up article and wanted to see if one would be coming?

Jack has written a few related stories since January. Here are a couple of them…

You can also sign up for our Marijuana Industry Updates Profit Alert to make sure you never miss another follow-up. You can check that out here.

I hope that helps! Thank you for your comment and for reading Money Morning.