The marketplace is still reacting to the news late Friday that the U.S. House of Representatives Republicans pulled their bill to repeal and replace Obamacare. That was a major defeat for the first foray into new legislation from the Trump Administration, and it now calls into question what Trump can actually get accomplished regarding his pro-business campaign promises. That's bearish for world stock markets and bullish for safe-haven assets like gold and U.S. Treasuries. Most agree the "Trump rally" that began in many world stock markets in early November has now petered out.

In overnight news, the closely watched German Ifo business climate index rose to 112.3 in March, which was above expectations of 111.0. The March number was the highest in nearly six years. 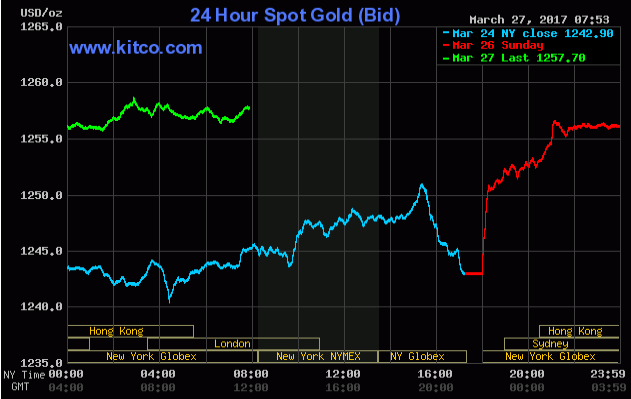