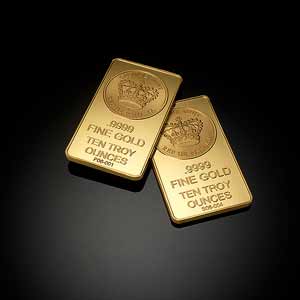 Investing in gold has proven to be a market-beating strategy so far this year.

While that return is modest, gold should never be played for short-term gains. For it to be an effective investment, it has to be held in your portfolio over the long term through any kind of market environment. Our long-term gold price prediction sees the metal rising 11.2% from the current price to $1,400 by the end of the year.

But there's one misconception about gold that's scaring investors out of big long-term returns. This myth deals with gold's relationship to interest rates, which will be a primary component of the 2017 market environment as the U.S. Federal Reserve plans to raise rates two more times this year.

Today, we're going to dispel this myth once and for all. Then we're going to recommend one of the best gold stocks to buy that could skyrocket 84% by next March.

What Most People Get Wrong About Investing in Gold

Gold is globally priced in dollars, which means the price of gold can decline when the dollar increases in value. Since higher interest rates typically boost the dollar, investors think gold prices are set up for a bear market during eras of hawkish rate policy.

But as Money Morning Resource Specialist Peter Krauth has pointed out, this isn't always the case over the long term.

"It seems counterintuitive to consider an appreciating dollar as a profit catalyst for precious metals," Krauth told Money Morning Members in January. "But there have been many periods where the complete opposite has happened."
This chart below shows exactly what he means... 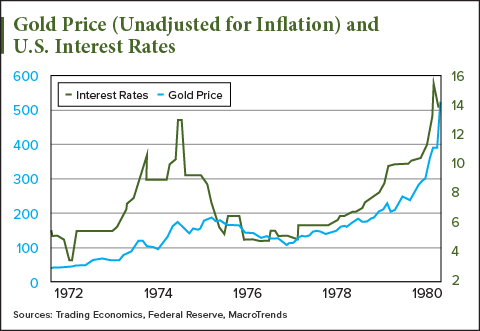 The 1970s were marked by extremely high interest rates. For most of the decade, the benchmark federal funds rate was above 5%, which is massive compared to today's 0.75% to 1% rate. It even peaked above 15% in 1979 before the onset of the early-1980s recession.

In spite of sky-high rates, gold managed to rally throughout the decade. Unadjusted for inflation, the gold price skyrocketed from roughly $34.83 per ounce in January 1970 to over $500 in January 1980.

That strong long-term return shows how gold is set up for a rally this year, even if the Fed follows through on its plan to raise rates two more times in 2017. Market volatility stemming from those rate hikes will also be a boon for the gold price in 2017.

And one of the best ways to make money from the gold price rally is to invest in gold mining stocks. In particular, companies in the gold mining sector will see bigger profits from gold's 11.2% climb. That's because they'll make more money on each ounce of gold they produce and sell.

Do you have any Royality Paying Juniors in Gold or silver that you would recommend buying right now. Also are there any Canadian POT stocks you would recommend before April 20th when Canada is going to announce that Marijuana will be legal all across Canada. Which Penny Stocks would you buy. please respond I think POT STOCKS will mint Millionaires faster than any stocks this yr. Larry Kline Thanks for your immediate response

Thanks for reading Money Morning. We've done an extensive report on investing in marijuana stocks, which you can find here.