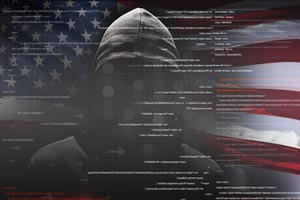 Back in October 2016, the Federal Communications Commission (FCC) imposed privacy rules that required Internet and mobile phone corporations to get consent from their customers before sharing personal data with advertisers.

But yesterday (March 28) -- amid news of the Russian spy scandal, the failed healthcare vote, the Gorsuch hearing, and more -- the House voted to repeal these rules.

Now the provisions are waiting to be signed into law by the president.

When passed, it means the likes of Comcast Corp. (Nasdaq: CMCSA) -- an ISP that's made our "most hated companies" list for three years straight -- will immediately begin to spy on you, selling to the highest bidder your:

Verizon Communications Inc. (NYSE: VZ) and AT&T Inc. (NYSE: T), as well as any other company that provides Internet or mobile phone services in the United States, would be alongside Comcast in the spy game. Each will be greenlighted to track, gather, use, and sell your data to third-party companies.

Here's why the Congress thinks this should be allowed...

When the Senate measure was introduced by Sen. Jeff Flake (R-AZ) and 23 other Republican sponsors, he said he wanted to "protect consumers from overreaching Internet regulations." FCC Chairman Ajit Pai argued that consumers would be confused if there were different privacy rules for ISPs than for "edge" companies, i.e., Alphabet Inc. (Nasdaq: GOOGL) and Facebook Inc. (Nasdaq: FB). He said, "American consumers should not have to be lawyers or engineers to figure out if their information is protected."

The thing is, you don't have to be a lawyer or an engineer -- it's actually quite easy to understand.

You see, ISPs have access to everything consumers do online. They know every website a user visits, their geographical location, and what devices they're using.

On the other hand, edge companies only see a small portion of a consumer's Internet traffic, such as the ads you click on.

Additionally, ISPs charge for their services, while most edge companies are free, creating different expectations with regard to how personal information is protected.

Plus, it's easier for consumers to choose whether they want to use Facebook or an alternative service; but when it comes to choosing ISPs, 78% of Americans don't have a choice between providers, according to a recent FCC report -- not to mention there's a high cost associated with switching providers.

Should the president sign the measures into law, here's what consumers can expect...

How the Privacy Repeal Will Affect the Average American

If You Want to Stay Private, You'll Have to Pay

I would erg POTUS not to approve of this and keep the privacy measures secure. None of these entities have he right to spy on the people who pay them for services.

Good bye America, Land of the Free. Hello police state and Big Brother.
We can now be sure that most of our private information will be fed to NSA, FBI, CIA, etc.

Vote the bums out of office — at the next election in 2018, publicize the names of every Senator and Congressman who voted for this bill. Tell all your friends and neighbors to vote against them — doesn't matter whether they are Democrats or Republicans — they are all bought and paid for by the ISPs.