An incredibly rare gold anomaly is shaping up in the markets as we speak — one that has occurred ONLY twice in the past 20 years. And it's about to happen again. Details here…

Investing in platinum has been a market-beating profit strategy so far in 2017.

While the Dow Jones Industrial Average is up 4.9% since Jan. 1, platinum prices have climbed 5.1% from $906 to $952 per ounce over the same period. That means any investors who bought platinum futures at the start of the year have since earned a $46 return per ounce.

However, Money Morning Resource Specialist Peter Krauth sees even bigger returns for investors willing to hold on to platinum in 2017. In fact, he expects investors to net a $348 profit by the end of the year as the price of platinum rises 36.6% to $1,300. 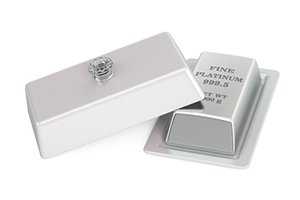 Platinum is a primary component of catalytic converters – a device used in cars, motorcycles, and buses that reduces emission toxicity.

Platinum is critical to catalytic converters because it helps oxidize harmful carbon monoxide and hydrocarbon gases. Krauth says roughly 43% of all consumed platinum is used in catalytic converters. That makes the auto industry the largest industrial source of platinum demand, beating the 35% used by jewelry producers.

According to IHS Markit, Western Europe – which includes France and the UK – will see a 1% increase in auto sales this year from 14 million to 14.14 million. In the United States, Trading Economics forecasts car sales will rise 1.1% from 18.5 million right now to 18.7 million by 2020.

It's important to remember these estimates are conservative since analysts don't know how consumers will react to various geopolitical events. These include the French election and ongoing Brexit talks in Europe, as well as Trump's pressuring of auto manufacturers to keep production operations here in the United States.

If sales surpass those estimates, platinum prices could top our 2017 forecast of $1,300. That would make investing in platinum more profitable this year.

Here's the second bullish catalyst that could hand investors a 36.6% profit this year…