Traders and investors are a bit tentative Tuesday, ahead of important happenings later this week. The world marketplace will be closely watching the meetings this week between U.S. President Donald Trump and Chinese leader Xi Jinping. FOMC minutes are out Wednesday afternoon and the U.S. employment report is due Friday morning.

Some weaker-than-expected U.S. economic data released Monday is also putting just a bit of apprehension into the world marketplace.

In overnight news, the Euro zone reported its retail sales in February were up 0.7% from January and up 1.8%, year-on-year. Those numbers were better than the marketplace expected.

The key outside markets on Tuesday morning see the U.S. dollar index firmer. The index has seen a solid rebound from a 3.5-month low hit last week and the bulls have the slight overall near-term technical advantage. Meantime, Nymex crude oil prices are also modestly higher. The oil bulls have some upside technical momentum to suggest a near-term market bottom is in place. 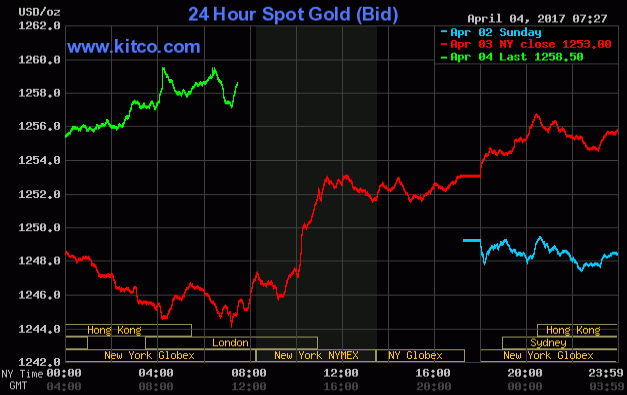