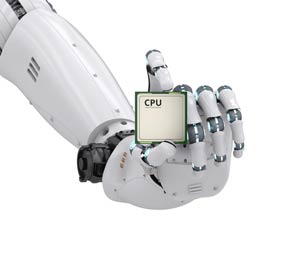 Despite President Trump wanting to move on to tax reform and infrastructure spending, the GOP is working on a new healthcare bill. Currently, the House Freedom Caucus is currently reviewing the new plan in hopes of repealing and replacing Obamacare.

While the GOP looks to make healthcare cheaper, global debt hit new highs, climbing $70 trillion in the past 10 years to hit $215 trillion. The debt is now equal to 325% of the global GDP according to the Institute of International Finance.

Nvidia stock is down 3% in early morning trading after receiving a new bearish rating.

Because of the limited growth potential for the company, Pacific Crest analyst Michael McConnell downgraded his rating of Nvidia to underweight. This rating means that McConnell expects the company to underperform compared to its peers in the coming months.

Valero stock is up 5.7% in early morning trading as oil prices remain around $50 a barrel.

While oil producers suffer as oil prices drop, oil refiners see a boom. That's because when oil prices fall there is a higher demand for oil products, driving up margins.

This size allows the company flexibility to take advantage of the different types of crude oil it refines depending on current pricing, maximizing profits.

If the oil market remains steady, Valero's stock is likely to continue its rise.

Kate Spade stock is down 12.5% in early morning trading after announcing it's taking more time to look over the Coach Inc. (NYSE: COH) buyout offer.

The additional time Kate Spade is taking to look over the offer from Coach allows both buyers to see Q1 sales results and make a better determination of what Kate Spade is worth.