Carvana Co., the self-described "Amazon of cars," filed paperwork for a public offering on March 31, 2017. This is part of an IPO rush, as Blue Apron, BuzzFeed, Cloudera, and Frontier Airline are all looking to go public soon.

And because Carvana could be one of the first companies from this list to go public, our readers have been asking us, "When is the Carvana IPO date?"

Right now, there isn't a set date. But because the car seller did provide a regulatory filing, there's an indication it could go public soon.

And from its regulatory filing, this is what we do know about the Carvana IPO...

What Is the Carvana Stock Symbol?

The online-only car dealer will trade on the New York Stock Exchange (NYSE). It will trade under the ticker symbol "CVNA."

On the official Carvana IPO date, the offering will look like this: Carvana Co. (NYSE: CVNA).

However, there are stocks with similar symbols: Carver Bancorp Inc. (Nasdaq: CARV) and Avis Budget Group Inc. (Nasdaq: CAR). So investors interested in owning Carvana stock on the IPO date should only purchase shares with the ticker CVNA.

From the filing, we also know how much money the car seller has made over the last two years...

How Much Money Has Carvana Made?

But the company also revealed it's still far from profitable... 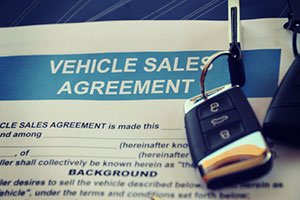 We aren't recommending investors buy CVNA stock. The company isn't profitable, its business concept of online car sales is still new, and auto industry sales are cooling, as indicated by a 1.6% decline for March 2017.

However, we did discover a way to profit as much as 47% from an upcoming IPO. And we also want to let our readers know this is just a conservative projection.

One analyst believes this profit opportunity could deliver returns as high as 132% over the next year.

We don't want our readers to miss out on these massive profits, so here's everything you need to know...

Forget the Carvana IPO - You Could Profit 132% from This Investment

Money Morning's goal is to make investing profitable. That's why we constantly research new public offerings like Carvana and provide our readers with profit opportunities.

And when I was reviewing the upcoming Spotify IPO, I found a hidden profit play I had to share with our readers interested in IPOs...

In Spotify's supply chain is a little-known company out of California called Hortonworks Inc. (Nasdaq: HDP).

With just over 1,000 employees and a market cap under $700 million, most people haven't heard of this data management firm. So we had to make sure you heard about it now before the HDP stock price skyrockets.

On top of all this, the data management expert even offers the Hortonworks Data Cloud for Amazon Web Services, which analyzes and processes data.

And because of its expertise, Hortonworks has an impressive client list that includes Bloomberg, eBay Inc. (Nasdaq: EBAY), and Expedia Inc. (Nasdaq: EXPE).

According to FactSet, the average analyst has a one-year price target for HDP stock of $15.18. That means from today's opening price of $10.32, shares of HDP could climb over 47%.

And that average price target may even be too conservative...

Analysts from Northland Securities set a one-year price target of $24 per share for the HDP stock price. That's a potential profit of 132%. And if Spotify goes public, its needs for data management are only going to increase.

That means even more revenue for Hortonworks.

Investors like IPOs because the share prices seem cheap compared to more established companies. But Hortonworks is the perfect mix: It's an established firm (founded in 2011), its shares trade for under $11, and it could lead to massive long-term profits.

Urgent: 7,524 millionaires are legally manipulating penny stocks, driving up the prices. By getting in behind these trades, it's like you're making their shares your shares for huge gain potential in a matter of weeks. Read more…