Want to keep up with every sector, all the time? Sign up for Money Morning Private Briefing. 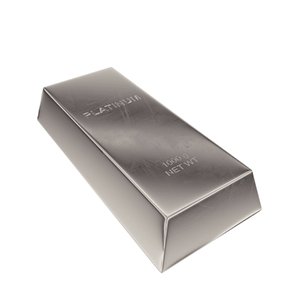 Before we get into our specific platinum price target, here are the primary reasons we're extremely bullish…

2 Catalysts for the Price of Platinum in 2017

The first is platinum's use in the auto industry, particularly in catalytic converters.

A catalytic converter is a device used in vehicles to significantly reduce the toxicity of emissions. Because vehicle exhaust produces harmful gases like carbon monoxide, those gases go through catalytic converters before being emitted into the air.


An incredibly rare gold anomaly is shaping up in the markets as we speak — one that has occurred ONLY twice in the past 20 years. And it’s about to happen again. Details here…

The U.S. Environmental Protection Agency (EPA) has required most vehicles to have catalytic converters since 1975. They are installed in most vehicles, including motorcycles and SUVs.

And platinum is a central component of these crucial devices. The metal helps oxidize carbon monoxide, which makes it less harmful when emitted. Roughly 43% of platinum used today goes into catalytic converters. That makes the auto industry the biggest source of industrial demand for platinum.

Platinum demand could rise this year as auto sales in Europe gradually increase. Research firm IHS Markit says auto sales in Western European countries like France and the UK could rise a minimum of 1% this year. That would mean sales of more than 14 million vehicles.

But this estimate is conservative. Ongoing Brexit negotiations, not to mention important elections in France and Germany, will have a lot to do with how consumer spending shapes up the rest of the year.

If Western Europe auto sales surpass the conservative expectations, the price of platinum in 2017 could even top our $1,300 year-end expectation.

The second bullish platinum price factor has to do with the investor side of the market: surging inflows into platinum ETFs.

According to the most recent report from Bloomberg, holdings in platinum ETFs rose for six straight weeks from Feb. 10 to March 17, despite the platinum price decline. That marked the longest period of rising inflows to these funds since November 2016.

Additionally, the amount of long platinum futures contracts has risen sevenfold since last September. They're up from 5,000 back then to 40,000 now. That shows more traders are betting on the price of platinum seeing long-term gains in 2017.

Krauth – a 20-year veteran of the metals market – is also long on the metal this year, which is why he just released this new 2017 platinum price forecast. Here's how high he expects platinum prices to rise…

This Is How High Platinum Prices Will Climb in 2017

Have you heard it before the last 5 years??that platinum are going up bec. ,it is cheap today. Same kind of article you read every months. Nothing new. Stupid