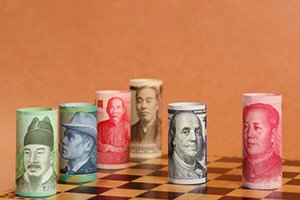 A deal with China made during today's (April 6) meeting between U.S. President Donald Trump and Chinese President Xi Jinping could result in a dangerous compromise...

Experts are predicting Xi will come to the table with tempting economic deals for the new U.S. president:

"[China] may make offers to buy a large number of Boeing Co. (NYSE: BA) airplanes or other investments, allowing Trump to claim he negotiated a deal to help the economy," Jacques deLisle, professor of Chinese Law at the University of Pennsylvania, told Bloomberg yesterday (April 5).

But President Trump's acceptance of these economic enticements may come at the expense of U.S. allies in Asia...

The Cost of a Deal with China: The Safety of U.S. Allies

Fuchs explained that if Xi offers packages of economic investments in the United States, he may very well ask that that the U.S. roll back its military presence in the Pacific in return...

Specifically, the Chinese president could make the following requests:

Agreeing to these measures could result in our own allies doubting America's reliability, leaving them instead with the message that we value economic deals more than their safety.

And a diminished U.S. presence in each of the aforementioned regions - the East China Sea, the Korean Peninsula, and the South China Sea - could compromise our allies' strongholds there.

A liberal think tank is against a Trump deal? So its likely a good deal.

Can you tell me a little bit about these two stocks. (VBIO and HEMP.