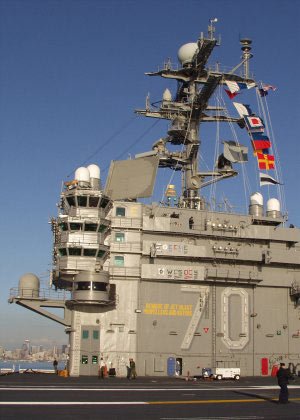 The most recent launch of a medium-range ballistic missile on April 4 spurred U.S. Navy strike group Carl Vinson - a military supercarrier warship and its accompanying fleet - to shift toward the Western Pacific Ocean yesterday near the Korean Peninsula as "a show of force."

Now, Japan warns that it will intervene in any attacks made by the U.S. toward North Korea.

"If America says it is going to attack, both Japan and South Korea will probably put a stop to it," an unidentified Japanese defense minister told Reuters this morning (April 10).

But according to the global nonpartisan economic website EconoTimes today, there is a rumor that the United States is actually considering "bombarding North Korea's nuclear facilities."

Here's the one big reason why Japan and South Korea want to stop the United States from getting involved...

Japan Warns U.S. to Protect Itself

Should the rumors of a U.S. attack on North Korea materialize, Japan and South Korea would be the first victims of Pyongyang's counterattack.

That's simply because both countries are U.S. allies as well as North Korea's direct geographical neighbors.

And the counterattack from Pyongyang could include nuclear weapons.

"Considering the possibility of North Korea's strategic provocations such as a nuclear test and missile launches," Moon said, "[South Korea, Japan, and the U.S.] have in place deterrence to the North's provocation and all readiness against them."

But there is good reason to believe that if North Korea isn't struck first, it will soon carry out attacks on its own...

North Korea traditionally tests items from its own weapons arsenal in celebration of various holidays.

And this Saturday (April 15) marks the 105th birthday of North Korea's founding president, Kim Il-sung, which is celebrated annually as the "Day of the Sun."

The United States is worried that North Korea is preparing to carry out its sixth nuclear threat during this upcoming weekend, reported ABC News this morning.

The fourth and fifth of such nuclear tests were carried out in 2016. Pyongyang has also been working to develop intercontinental ballistic missiles that ultimately could deliver a warhead to U.S. territory.

Its latest test of such missiles came five days ago on April 5.

U.S. should stay the area until after the weekend to see if North Korea would launch all out war.

This article has no evidence to back it. Money Morning list your sources.