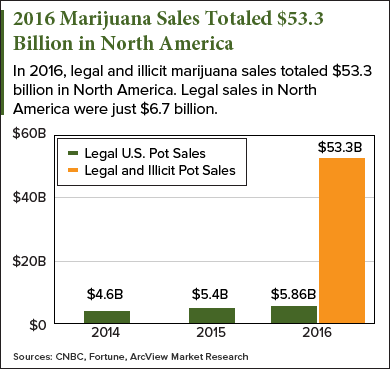 That's why each week, we provide Money Morning readers with the top marijuana stocks to watch.

But before getting into the top cannabis stocks on our watch list, we wanted to make sure our readers were aware of the risks of investing in pot stocks.

The first issue is marijuana is still illegal under federal law.

Even though some states have legalized both recreational and medical marijuana, the federal status of marijuana makes pot stocks speculative investments for now.

And because 28 states and Washington, D.C., have some form of marijuana legalization, it's only a matter of when and not if medical marijuana is legalized across America. 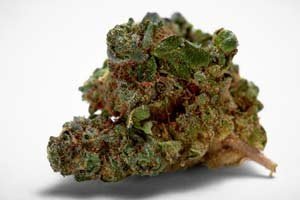 After that, legalized recreational use in each state won't be far behind.

And we're watching GRCU this week because it just announced a joint partnership with Kushtown Soda on March 30.

Kushtown is based in California and specializes in cannabis-infused water and cannabis-infused sodas. According to Marijuanastocks.com, the company has products in over 200 medical marijuana dispensaries and has 20 different varieties of medicated soda.

The news seemed to help the GRCU stock price climb. Between March 31 and April 6, it shot up nearly 20%.

But the next marijuana stock on our list has already climbed 70% so far in 2017 and could keep climbing because of endorsements from numerous athletes and celebrities...

Love that you guys are covering this topic now. I'm a long-time follower of MarijuanaStocks.com and finally there's some legitimacy brought by a more mainstream site. Great article.

Why would you tell us to watch these (GRCU & UBQU) stocks when they don't even file with the SEC. This seems like a red flag to me.

I am trying to find the best stocks to purchase