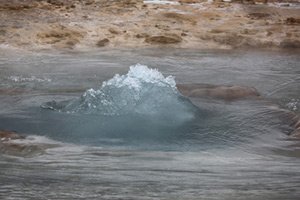 You can join the $7.2 trillion economic revolution with what some call "OBL" fuel. But what is "OBL" fuel?

What Is "OBL" Fuel? The Holy Grail of Energy

The name is fitting since demand for "OBL" fuel from the automobile industry alone is set to increase 11 times current production levels.

This energy source is 1,693 times more powerful than gasoline. One gallon of OBL fuel could power your car from New York City to Los Angeles and back seven times.

"OBL" fuel is so efficient because it doesn't evaporate in high heat. With a boiling point of 2,457 degrees Fahrenheit, or over 20 times higher than gas, there is no chance of any fuel burning off in the heat of the engine.

"OBL" fuel is so powerful that Alphabet Inc.'s (Nasdaq: GOOG) Google was one of the first to invest in related technologies. It is a central piece in Google's plan to independently produce 100% of its own energy for its offices in every major country, housing 61,814 employees.

Google isn't the only major corporation with a 100% independent energy production plan, either. Wal-Mart Stores Inc. (NYSE: WMT) has a similar mission, and the savings are estimated to be $1 billion a year.

With large corporations jumping on board with this "OBL" fuel, demand is soaring, and that will create a huge profit opportunity…

Demand for OBL fuel is so high, and the crystals are so scarce, that this energy play could be even bigger than the fracking boom.

The price of OBL fuel has doubled twice in the last 14 months. That kind of price increase will mint money for anyone who has a claim.

And that's what this tiny little miner in Death Valley is sitting on. The claim has an estimated 816,000 metric tons of OBL fuel, valuing the reserve at $20.4 billion.

This tract of land in Death Valley isn't the miner's only claim in OBL fuel, either. With control over so much of the supply, this company could help you make a fortune. By getting in on the ground floor of this investment, you could have the opportunity to create generational wealth.

Money Morning Global Energy Strategist Dr. Kent Moors put together a short presentation that will show you exactly how to profit from OBL fuel.

Click here to find out how you can get in on the ground level of OBL fuel.

It will revolutionize the industry of the energy

Won't this destroy the economy for the people working in the US oil industry?

WA One
Reply to  Springer

If he is telling the truth… and an American, He will probably fall foul of the U.S. Secret Technology exports legislation, that hides technology the government doesn't want "out there".

Also, if it is as devastating as he suggests, those with the deepest pockets and the most to lose will either BUY his technology, his silence, or if he won't sell… they'll JFK him…

Do a search for "FIVS" (Fuel Implosion Vaporisation System) developed in the 70s, that increased fuel efficiency by about 4 fold (making a big engine American car do, between 75 and 135 mpg…) and that was 40 years ago, during the last oil-crisis. The guy behind it a HVAC engineer, happened on the principals by accident, but ended up in prison, as he was set up with packages of drugs, and then as a result of firearms licence infringements because of rules about felons having firearms. He ended up being driven off the road by an 18-wheeler down a dark desert road, in the middle of nowhere hicksville… And had FBI agents wire-tapping his home… the last time I heard about him, he was in a wheel-chair living a spartan existence, because of what they did to him.

Robert Jarosak
Reply to  WA One

Sounds like Stan Meyers ( dissappeared after inventing a car that ran on water by using efficient hydrogen conversion), John Ogle (Invented a vapor system to run cars on. He was shot at numerous times and died under a car where the jack let go? Yea right) , Paul Plantine (the GEET system, they threw him a mental institution loaded him with antidepressants and hes not out and a vegetable) , Dennis Lee (has the hummingbird generator that will produce electric with a hummingbird motor. I actually saw this. Dennis got a actual Tesla book and he and an engineer deciphered it. This exists. He was taken out and is now penniless from the FTC) and the infamous Charles Pogue. He had a catalytic carburetor. After he invented it the fuel companies added additivesin the fuel that coated the catalytic material within the carburetor making it ineffective.
I have a system similar to John Ogle's but it works with fuel injected cars. Why bother producing it. Just so the fuel titian's and governments can kill or incarcerate me. No thanks…