Access Your Profit Alerts
Sign Up for Money Morning and get your free report:
"The Best Stocks to Buy Now"
How to Buy Bitcoin
Twitter
Stocks: AAPL, goog, GOOGL
View Comments 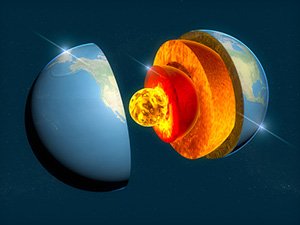 There's a new crystallized form of energy that's being touted as one of the biggest energy discoveries ever: "OBL fuel."

This fuel, which stands for "Oro Blanco," is over 1,600 times more powerful than gasoline. In fact, one gallon of OBL fuel could allow you to drive from the East Coast of the United States to the West Coast and back seven times.

Annual demand for this new fuel could skyrocket by 310,000 metric tons – and that's just in the auto industry.

Tech companies are also starting to tap the stunning profit potential of OBL. That's why they're already capitalizing on it through new billion-dollar energy projects…

Another company just jumped ahead of all of those tech giants. It's a small firm whose shares trade for less than $2 each.

But it could hand you the profit opportunity of a lifetime…

How "OBL" Fuel Can Provide You Generational Wealth

The micro-cap company we're talking about is a miner that just bought a piece of land in California. It's a 15,000-acre piece of property that could have the largest – and only – OBL deposits in the United States.

That means this firm is sitting on potentially the world's most valuable piece of land.

Once this company starts mining its new land, it could dominate the OBL fuel market. If the land's OBL reserves sit near 816,000 metric tons per the company's projections, the firm could basically set its own price.

In his newest presentation, Moors – a veteran of the energy sector with more than 40 years of experience – shows you how you can get in on the ground floor of this company's massive discovery.

You'll learn how to tap into the OBL fuel revolution – and how you can make a stunning profit from the historic crystal fuel rush.

I want to know the scientific method that OBL fuel uses to make energy to use in place of gasoline and other petrochemicals? So much about the white stuff and we need more on the technical methods to turn this into actual usable energy?

Would love to invest in this stock but would like to know how soon they plan to start utilizing this source. Will this happen in my lifetime at age 63.

Very Interesting…. But sounds a lot like Dylithium crystals from Star Trek.