The Facebook F8 developer conference kicked off last year on April 12, 2016, and the markets liked what they heard.

Last year, the Facebook stock price climbed 2.6% in one day thanks to CEO Mark Zuckerberg's presentation of a 10-year road map for the company at the conference.

For the 2017 F8 developer conference, new plans and innovations could once again help shareholders net a respectable one-day gain.

And in the long run, the plans Zuckerberg announces today could send the FB stock price skyrocketing to $250 per share.

The annual Facebook Inc. (Nasdaq: FB) conference will start today (April 18, 2017), and the two-day event will cover 16 topics, some of which include: 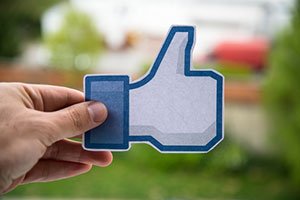 But what could make the FB stock price really jump today are announcements on one potential massive long-term revenue generator: virtual reality (VR). Just on the topic of VR, Facebook will have six sessions.

In comparison, Facebook will have just two sessions on analytics and three sessions on growth.

And there's a massive reason the company is so eager to discuss VR technology with developers...

How VR Could Send the Facebook Stock Price Skyrocketing

According to TechCrunch, the VR/AR (augmented reality) market will be worth between $94 billion and $122 billion by 2021.

And in 2014, Zuckerberg made sure he was going to be a part of the hundred-billion-dollar market...

In July 2014, Facebook closed its acquisition of VR headset maker Oculus VR for $2 billion. At the time, Wall Street didn't understand how Zuckerberg would use the technology for social networks.

That's because VR and AR technology is often only associated with gaming.

And his vision could help the Facebook stock price climb nearly 80% in the next three years.