Energy investors wrote off Canada's tar sands after oil prices plummeted 50% between 2014 and 2016. Even though the Canadian oil sands are loaded with a potential 300 billion barrels of oil, extracting the oil out of the sand is a costly, unprofitable process without higher oil prices. 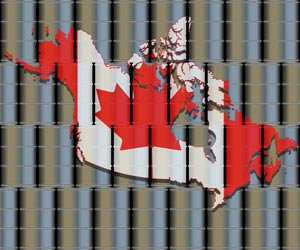 You see, one company operating in the oil sands has developed a radical new technology that's slashing the cost of tar sands production. This revolutionary breakthrough is turning the Canadian tar sands into a hugely profitable opportunity for investors.

Wall Street analysts are even forecasting this Canadian oil sands stock could soar 70% higher this year. And that's just the beginning.

We'll show you that oil sands stock in just a second, but we want to show you the incredible profit potential the tar sands have right now...

The Tar Sands Are a Gold Mine for Investors

The Canadian oil sands are the third-largest oil reserve in the world, but the Canadian Energy Research Institute estimates that the breakeven cost for tar sands in 2017 is $60.52 a barrel. That means with WTI crude trading at $52.58 a barrel, producing oil from tar sands is not profitable for most companies.

The reason the breakeven price is so high there is the steam-assisted gravity drainage (SAGD) process needed to extract bitumen from the clay and sand. Oil companies have to not only drill for the oil, but they also have to separate the oil once it's out of the ground.

But while the Permian Basin is grabbing headlines as the next oil boom, the tar sands are turning into a major profit opportunity for savvy investors for two big reasons.

First, the oil sands require higher upfront costs to get started, but once that's out of the way, the variable costs are much cheaper than in places like the Permian Basin.

"While the fixed investment in new oil sands projects is prohibitive, variable costs can be in the low $20 range per barrel," The Wall Street Journal said on March 20.

That means established oil sands companies who've made the upfront investment can easily turn a profit in this current price environment.

Second, a revolutionary new technology will slash the breakeven price of the oil sands.

This new technology is 30% more efficient than the current process. That sort of boost to efficiency will dramatically lower the production costs in the oil sands.

That's why the company that developed this new breakthrough technology bought up all of those oil sand assets the big companies left behind.

And that means it'll not only be able to turn a profit from the oil sands, but it'll control a huge chunk of that 300 billion barrel reserve.

Wall Street analysts are expecting this company's revenue to double this year.

As promised, here's the Canadian oil sands stock about to turn the massive tar sand potential into double-digit gains for you...

This Canadian Oil Sands Stock Is About to Surge