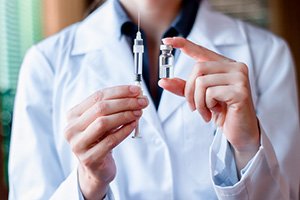 At 2:00 p.m., the Fed's Beige Book will be released. The book is a summary of economic conditions in the 12 Federal Reserve districts that is released eight times a year.

Abbott stock is down 2.7% in early morning trading after announcing it lowered the price on an acquisition ahead of its earnings announcement.

The healthcare company is in the process of purchasing Alere Inc. (NYSE: ALR). Initially, Abbott was going to pay $56 a share to value the deal at $5.8 billion. However, Alere has faced material problems that have brought the purchase price down to $51 a share, or $5.3 billion.

Despite the reduction in purchase price, many still feel that Abbott is paying too much for Alere in light of its management problems. Alere has missed reporting deadlines, faced two investigations by the U.S. Department of Justice, and had one of its technologies withdrawn from the market after concerns of accuracy surfaced.

Textron stock is up 3% in early morning trading after announcing earnings.

The company is engaged in a variety of markets, including aviation, defense, and finance.

Revenue was down 3.4% from the same quarter last year at $3.1 billion. Analysts' expectation for revenue was $3.17 billion.

IBM stock is down 4.6% in early morning trading after announcing its earnings for the quarter.

The company announced its 20th straight quarter of declining revenue. This quarter, revenue fell 2.8% from the same quarter last year to be reported at $18.16 billion. That missed analysts' expectations of $18.39 billion.