Greek bailout talks begin again next week, but recent developments indicate a deal is not as close to being reached as initially thought.

While a failed deal could create uncertainty in global markets, we found a profit opportunity to capitalize on the increasingly volatile situation. 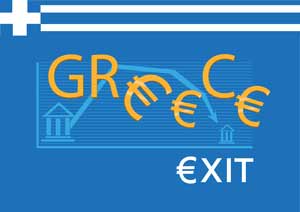 On April 7, Greece announced it had reached an agreement on key aspects of a deal needed to release the next round of bailout funds with its lenders, the European Central Bank (ECB, headed by Germany) and the International Monetary Fund (IMF). Those key aspects were pension reforms and liberating the energy sector.

However, on April 12, the head of the IMF, Christine Lagarde, said they were only about halfway there on a bailout agreement for Greece.

This is a big deviation from the stance of the ECB and Greece...

This One Sticking Point Could Derail Greek Bailout Talks

The biggest issue that stands in the way of a Greek bailout deal is restructuring Greece's debt.

The IMF wants to restructure the debt load as well as forgive some of the country's debt. Without reducing the debt burden, Lagarde questions whether Greece will be able to meet its obligations.

Don't Miss: A door has opened for an ultra-rare but powerful anomaly in the stock market... It involves a precious metal, one that's considered exceedingly more rare than gold. Get all the details.

Greece was able to beat its required budget surplus of 0.5% GDP, with a reported budget surplus of 3% of GDP in 2016. That's a sign to Germany that the austerity measures are working. However, that surplus does not account for the country's debt payments, which will be larger than the budget surplus. Add that to a declining Greek economy and Lagarde is concerned about the long-term sustainability of Greece's finances.

While the IMF is determined to give Greece a break on its debt, Germany has refused to consider a debt haircut as an option. This opposition between lenders has already stalled the Greek bailout talks that began last year. Neither party seems willing to soften its stance.

To make matters worse, even if a deal is agreed upon, it may still be rejected in the Greek Parliament.

After a deal has been made, each of the European countries in the EU must vote to approve the agreement in their individual parliaments. That poses another problem for Greece.

Greece's prime minister, Alexis Tsipras, has been facing mounting pressure at home for snap elections (you can find out what they are here) from the Greek Parliament.

His party, Syriza, does not hold an outright majority. Instead, it holds the most seats at 48.33%. So even if everyone in his party votes to approve the bailout deal, it may still be rejected.

Given that many in Greece are strongly opposed to additional austerity measures, especially on pensions that will be affected by the new deal, it is likely the bailout deal will not pass.

At this point, rising tensions almost assure that whenever an agreement is reached, and passed, it will likely be the last bailout for Greece. If the country can't get a handle on its finances with the current bailout package that ends in 2018, it may end up leaving the euro.

Consequently, this volatility has created an excellent profit opportunity...

Don't Let the Volatility Scare You Out of 58% Profits