Gold prices are weaker Thursday morning as the market is experiencing a normal downside technical correction after scoring a five-month high earlier this week.

The world marketplace is still very aware of geopolitical tensions between the U.S. and North Korea, and the U.S. and Russia. U.S. Secretary of State Rex Tillerson on Wednesday afternoon took a very hard line on Iran, too. Tillerson said the days of a passive U.S. stance against regimes like Iran and North Korea are over.

In overnight news, the Euro zone reported its construction rose by 6.9% in February from January and was up 7.1%, year-on-year. Those were the largest numbers in five years. 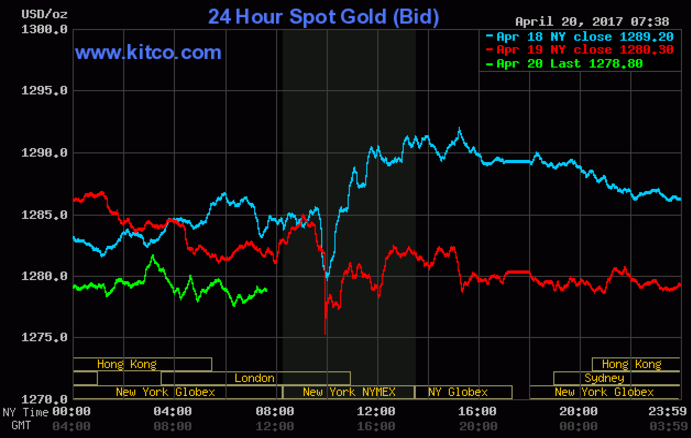