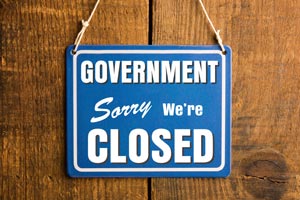 If a spending agreement isn't reached on Friday (click here for more information on the Friday deadline), all of the following services will be affected by a government shutdown on Saturday…

7 Ways You May Be Affected by a Government Shutdown

While all of these will undoubtedly have an impact on many of us, the government shutdown is likely to have an even larger impact on your investments.

However, you don't need to sit idly by and worry about the government shutdown.

In fact, here's how investors can bank double-digit profits if there's a 2017 government shutdown…

Double-Digit Profits During a Government Shutdown