What is Operation Gotham Shield? 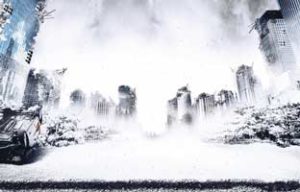 Here's the answer everyone seems to be looking for: "Operation Gotham Shield 2017" is a multi-agency nuclear disaster response drill currently underway in New York City and New Jersey.

Because if the unthinkable occurs — an atomic bomb goes off on U.S. soil — authorities will want to respond with some semblance of composure and preparation.

And that's precisely what they're rehearsing for today…

What Is Operation Gotham Shield's Purpose?

Specifically, both federal and state emergency response services today are practicing what they'd be expected to do in the aftermath of a nuclear attack or explosion…

Federal response agencies such as the Department of Defense, FBI, and the U.S. Army Corps of Engineers — alongside New York and New Jersey state and local entities – have been told to respond to a hypothetical 10,000-ton nuclear device that just exploded on the New Jersey side of the Lincoln Tunnel in NYC.

These agencies must coalesce quickly and efficiently to provide aid to those affected by the blast.

Today, they're using MetLife Stadium (home to both the New York Jets and the New York Giants) as their primary response center…

This is where "some thousands of imaginary victims of a nuclear incident will be triaged, decontaminated, treated for injuries including burns, and transported," NJ.com reported on Sunday.

And while the Operation Gotham Shield drill won't involve actual equipment, "virtual decontamination tents" have been set up by firefighters at the stadium, The Gothamist reported on Monday.

And that's that. OG Shield is just large exercise — a mass "tornado drill" for the authorities, if you will.

Except for some of you, we know this info just isn't enough…

What Is Operation Gotham Shield, Really?

If you tend toward more conspiratorial bents with this kind of information, then here's what the latest theorists are proposing…

One theory pegs today's exercise as a "false flag" – or a cover-up operation, though to hide what remains unknown. Some individuals online have suggested that the government must be up to other schemes elsewhere in the country or the world – schemes that, under normal circumstances, would draw attention. 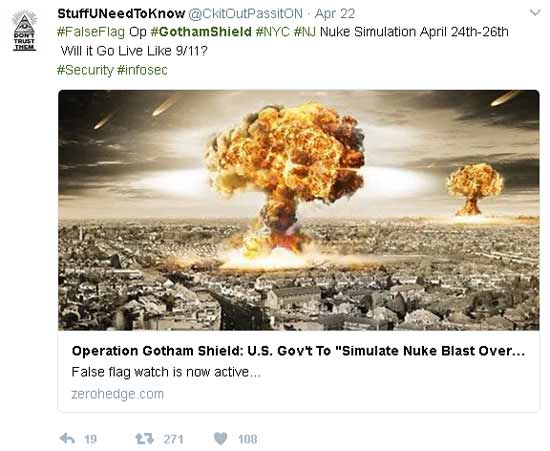 Some theorists have surmised that the drill will lead to an actual disaster:

Still other conspiracy theorists think that Operation Gotham Shield actually began over a year ago and that the real purpose of today's drill is to conceal an actual North Korean nuclear attack on U.S. soil. 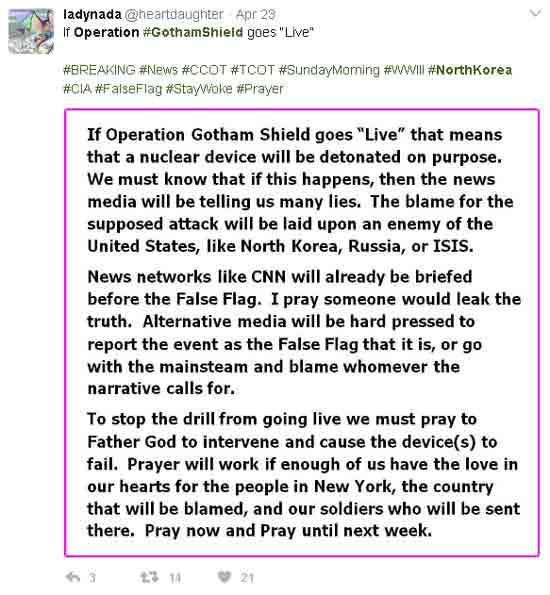 Regardless of these swirling conspiracy theories about Operation Gotham Shield right now, Snopes.com reported yesterday that the drills are "standard, common tests of disaster response across agencies – events that almost invariably lead to widespread Internet rumors and fears."