Access Your Profit Alerts
Sign Up for Money Morning and get your free report:
"The Best Stocks to Buy Now"
How to Buy Bitcoin
Twitter
Stocks: AAPL, F, FB, GOOGL

"OBL" energy is a revolutionary new fuel source with unparalleled capabilities. Because of its incredible potential, the market for this new fuel we call "Oro Blanco" could grow to a $7.2 trillion industry.

And the potential for this new OBL fuel is very real. The U.S. Defense Department has already been stockpiling it as a "strategic fuel." 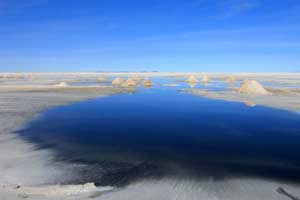 That makes sense once you realize its power. Just one gallon of OBL fuel could power a car from New York to Los Angeles and back seven times.

And that's why some of the biggest companies in the world are throwing money behind related technologies.

Of course auto companies are eager to get their hands on this new crystal fuel. Ford Motor Co. (NYSE: F) plans to make half of its cars run on OBL energy.

But other companies are also getting behind this fuel. Tech giants like Alphabet Inc. (Nasdaq: GOOGL) and Facebook Inc. (Nasdaq: FB) were some of the first companies to begin investing in OBL-related energy advancements. Apple Inc. (Nasdaq: AAPL) has put up a $1 billion investment to use these related technologies.

On top of that, Saudi Arabia and Japan's SoftBank are investing $20 billion this year in this energy.

This sort of investment means the demand for OBL energy is set to explode. More demand means prices are going higher. In fact, the price of Oro Blanco has doubled twice in just over a year.

And that sort of growth is a ripe opportunity for you to profit. This one mining company has managed to control a treasure trove of OBL fuel in the United States, and it's getting ready to make a major announcement…

Money Morning Global Energy Strategist Dr. Kent Moors has served as an advisor to governments and energy companies across the world. And he's identified this small mining company that could control $20.4 billion of OBL energy.

Moors predicts this OBL stock could see a massive surge once its capabilities are known to the public. In fact, this company is getting ready to bring 816,000 metric tons of OBL fuel to the market. But its latest discovery could hold over 2.8 million metric tons of OBL. And it's right here in the United States.

Not only does this company control a huge amount of OBL energy, but because demand is skyrocketing, this company can name its price. That could mean unlimited profit potential for early investors…

And Moors is making this company's ticker and information available to his readers, including all of his OBL energy research showing the biggest hotspots around the world and how investors can capitalize on this new energy source. We've got all the information you need to access his report and learn how to get in on this profit windfall right here…