There's a major discrepancy over the value of Saudi Arabia's state-owned oil company, and that could have a big effect on the Saudi Aramco IPO price.

Since Saudi Aramco first announced it was preparing for an IPO in January 2016, the company and other analysts have valued it at over $2 trillion dollars. Even if the Saudi Aramco IPO only offers 5% of the company to the public, the $100 billion value would still be the biggest IPO of all time. 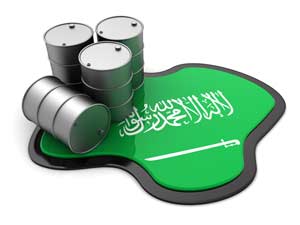 But this week (April 25), officials are questioning the accuracy of the massive Saudi Aramco valuation. In fact, Saudi officials now say the $2 trillion Aramco IPO valuation could be off by more than $500 billion. That's even after Saudi Arabia slashed the tax rate for Aramco from 85% to 50% to make it more attractive for investors.

$500 billion is a staggering miscalculation. And it's another sign the Aramco IPO has a long way to go before the public will be buying any of its shares.

We won't know the exact Saudi Aramco IPO price per share until the company is completely ready to go public. But the company's massive valuation continues to keep investors' attention, and it's also one of the main reasons investors should be cautious about the Aramco IPO…

What Will the Saudi Aramco IPO Price Be?

The biggest IPO of all time was China-based Alibaba Group Holding Ltd. (NYSE: BABA) in 2014. BABA's market capitalization hit $25 billion at the time of its IPO.

At a valuation of $2 trillion, Saudi Aramco's IPO of 5% could be worth $100 billion, four times the size of Alibaba's. Even if Saudi officials are correct that the company is only worth $1.5 trillion, a 5% stake will still triple Alibaba's record.

And Aramco's size wouldn't just be impressive for an IPO, its potential $1.5 trillion market cap could be so large it towers over established competitors.

The staggering numbers for the Saudi Aramco IPO will dominate headlines, but the reason the company is potentially worth so much is its unrivaled access to oil.

As the national oil company of Saudi Arabia, Aramco controls all of the country's oil reserves. That means Aramco has 267 billion barrels of oil, or 20% of the entire world's oil reserves, under its control.

Big Oil companies like Exxon and Shell might be huge, integrated oil companies, but they have to compete with every other company for access to oil reserves in places like the United States and Canada. This simply isn't a problem for Aramco.

But while the company's unique setup makes it so valuable, it also makes the Saudi Arabian oil company's IPO a complicated process. And it's something prospective investors need to pay careful attention to…

Where Will Saudi Aramco Stock Be Listed?

The current design of Aramco is creating a lot of hurdles for the company ahead of its IPO, and the stock exchange the company lists on will have a big impact on its value.

Aramco is still deciding which stock exchange to sell its shares on, but the company isn't in a rush to decide. The Aramco IPO date was originally set for 2018, but it's now being pushed back to 2019. And that's still tentative.

But the company is making progress.

The Saudi Aramco IPO advisor was chosen in February when the company announced a boutique investment bank, Moelis & Co. (NYSE: MC), would handle the IPO. And in March, Aramco chose the banks that would handle the underwriting for the IPO.

These announcements made news not only because they show the company is getting serious about the IPO, but big-name Wall Street firms have swarmed the Saudi oil company in hopes of collecting a share of an estimated $1 billion in fees. That doesn't include the potential for future business with the oil giant.

But the next step in the process will be choosing which stock exchange will hold the Saudi Aramco IPO. And that will Aramco's biggest decision.

While Aramco will list some shares in the Saudi Arabian stock exchange, it's planning to list the biggest part on a global stock exchange. The Saudi oil company is shopping between exchanges in New York, London, and Hong Kong. In fact, earlier this month UK Prime Minister Theresa May visited Saudi Arabia to lobby for the oil company to be listed on the London Stock Exchange.

While listing shares of Aramco on a major, global stock exchange like the NYSE or LSE will expand the reach and impact of the Aramco IPO, these Western stock exchanges come with rules the company can't meet right now.

That's just one of the biggest obstacles ahead of the Saudi Aramco IPO. And there may be an even bigger hurdle for the company to clear…

The Biggest Obstacle Ahead for the Saudi Aramco IPO