Gold prices are slightly higher early Thursday as bulls are trying to recover from solid selling pressure seen most of this week. The generally upbeat trader and investor attitudes this week have been a significantly bearish element for the safe-haven metal.

The European Central Bank holds its monthly monetary policy meeting today. No change in policy is expected from the ECB, but bank president Mario Draghi's press conference will be closely monitored for clues on upcoming ECB policy moves.

Sweden's central bank on Thursday extended its quantitative easing program but did trim down its bond-buying plans.

In other overnight news, the Euro zone's Economic Sentiment Indicator was reported at its highest level in 10 years in April-at 109.6 versus 108.0 in March. This report continues a strong of mostly upbeat economic data coming out of the European Union.

The key outside markets on Thursday morning see the U.S. dollar index trading slightly lower. The index hit a 5.5-month low on Tuesday and bears have the overall near-term technical advantage. Meantime, Nymex crude oil prices are lower and hovering near this week's three-month low. 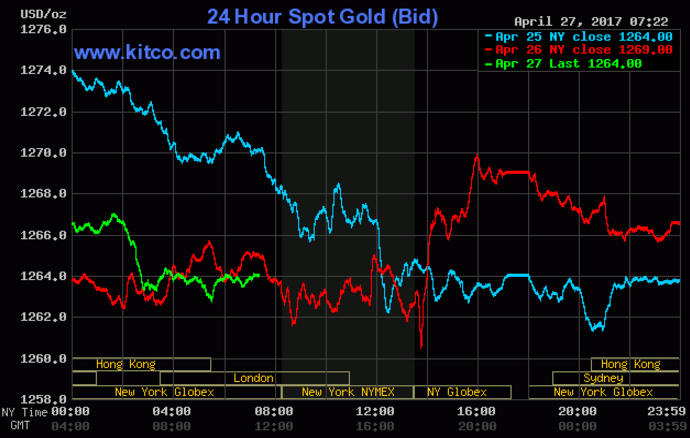