America has a contaminated water crisis.

At least, that's according to a National Resources Defense Council (NRDC) report released on Tuesday.

The agency's analysis found that 18,000 municipal water systems across the United States were cited for at least one violation of the Safe Drinking Water Act in 2015. 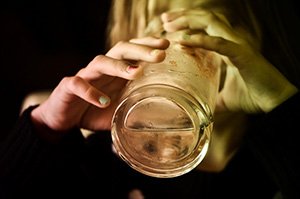 The federal act was established in 1974 and requires water utilities to comply with drinking water standards established by the Environmental Protection Agency (EPA). Each state government is responsible for enforcing the act's standards.

Just look at these stats...

Contaminated Water Cases Are Cropping Up Across the U.S. by the Thousands

There are approximately 160,000 public water systems in the United States right now, according to the EPA's website - the aforementioned 18,000 of which are in violation of the agency's standards.

Of these subpar systems, 12,000 contain water contaminants harmful to their consumers' health - all 77 million of them.

Specifically, the NRDC found that the bad water contains at least one or more of 100 supposedly regulated, harmful pollutants, including:

The NRDC also found that 87% of these EPA violations resulted in no formal repercussions on the state governments' parts.

In fact, just 3.3% of contaminated water cases uncovered by the NRDC led to financial penalties. 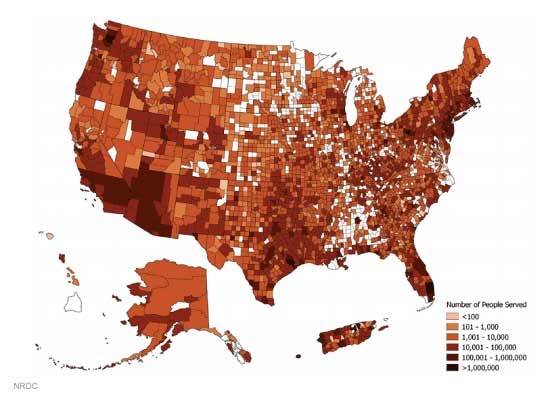 "Unfortunately, what we have is no cop on the beat," Erik Olson, NRDC's health program director, said on Tuesday, according to the NRDC's website. "No one is really enforcing the law in the vast majority" of drinking water violations.

Future enforcement of the law looks grim, as well...

Cleaner Water Is Not on Uncle Sam's Agenda

The White House and congressional Republicans are currently advocating for legislation that would limit the EPA's ability to write new drinking water standards.

And President Donald Trump's new budget proposal could further limit the EPA's ability to enforce safe water rules, as it recommends a 30% cut to the agency's programs, reported ABC News on May 2.

But there are companies out there looking to make clean water a possibility no matter what.

Consumable water has become scarcer and scarcer around the globe; only 3% of the world's water is potable, and more than 50% of that is locked in the polar ice caps.

A few innovative companies have taken notice and are stepping up to fix this massive problem - needless to say, with profitable results.

1919; Socialist reorganization determines the US Constitution is the primary obstruction to World Socialism's Domination. 1933 directs FDR directs Wisconsin's Legislative Bill writer to create Socialist Security out of Old Age Insurance and to copy Kaiser Wilhelm's German Socialist Government Healthcare. When presented to Democrat Legislature the Leaders responded that they couldn't even talk about Government Healthcare, It would reveal that the Democrat Party is really Socialistic. In 1953 Professor Edwin Witte ( my UW Economic Prof. in 1948 ) addressed my UW-MD class to discuss our future. Witte closed his remarks with " With Government Medicine we will own you. " This proves the Democrat's intent to continue until Obama succeeded so many years later to create Socialized Medicine control of our society