The partnership with Bloomberg is an extension of a 2016 deal that introduced three shows to the social network, as well as offering market trading coverage. 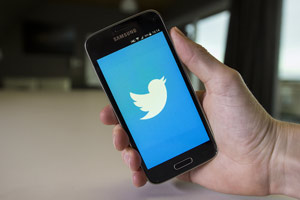 The new deal will feature original reporting from Bloomberg's global news network and content created by Twitter users themselves, curated and verified by Bloomberg.

While some are bullish on the news, Money Morning Chief Investment Strategist Keith Fitz-Gerald has been bearish on Twitter since its 2013 IPO. And he reiterated his stance on Twitter stock in October 2016, when he listed a number of reasons he was bearish on the stock, including:

Indeed, in Twitter's April 26 earnings release, the company reported its first quarterly decline in revenue since going public, highlighting the stagnation the social media company is battling. However, Wall Street was expecting even worse results, so shares rocketed 11% that day.

Driven by hope that always springs eternal in the market, the stock continued to rally and has tacked on more than 25% since its pre-earnings close. That was a huge windfall for the loyal believers - or opportunistic speculators.

However, putting it into context, even after the rally, Twitter stock is down 28% from its November 2013 initial public offering and 59% from the open of its first day of trading. Considering that it pays no dividend and posted net losses every quarter since going public, that is a very bad outcome for investors.