Famed investor Warren Buffett shocked investors at his annual shareholder meeting in Omaha, Neb., when he issued a dire warning about America's economy. 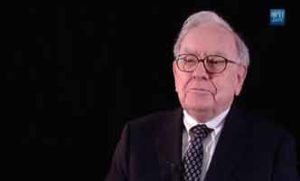 "The tax system is not crippling our business around the world," Buffett claimed on May 6, with regard to the U.S. corporate tax rate being the highest among the world's industrialized nations at 35%.

According to Buffett, chief executives would be smart to shift their attention away from tax cuts and towards healthcare costs, which are swelling and swallowing profits.

America's Got a Healthcare Problem

Today's corporate tax rates are simply a distraction, not a true impediment to growth, according to Buffett.

"Medical costs are the tapeworm of American economic competitiveness," said Buffett.
"When American business talks about strangling our competitiveness, or that sort of thing, they're talking about something that as a percentage of GDP has gone down," Buffett said. "While medical costs, which are borne to a great extent by business, have swelled."

Corporate taxes as a percentage of GDP is arguably the best way to measure the burden on businesses. And American businesses, in particular, are feeling the stretch.

And in America, businesses bear a big share of these healthcare costs. 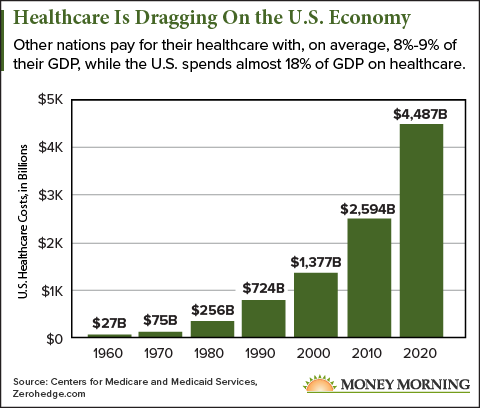 Must Read: A Quarter of Americans Drink Contaminated Water - and the Government Doesn't Care

According to a recent study by the Kaiser Family Foundation, U.S. corporations spend $12,591 on average for coverage of a family of four -- up 54% since 2005.

You see, the business magnate believes America should transition to a different form of healthcare...

According to a May 8 report by The New York Times, Buffett's longtime business partner Charlie Munger has advocated for a single-payer healthcare system in America, and Buffett is on board.

Under Munger's single-payer vision, the United States would enact a sort of universal coverage for all citizens, similar to the current Medicaid system, but with an opt-out feature that would allow the wealthy to still get "concierge medicine," wrote NYT.

"Our bloated healthcare system is a true barrier to America's world competitiveness as well as the single biggest variable where we keep getting more and more out of whack with the rest of the world," said Buffett.

And Buffett is not the only high-profile investor suggesting a change...

Others have touted their own fixes to America's healthcare crisis. Legendary investor and gold bug Peter Schiff touted his own healthcare plan in March, which proposed terminating Medicare and Medicaid programs. And later that month, billionaire businessman Mark Cuban unveiled a single-payer system of his own that would use "free market insurance" plans to set prices.

However, the healthcare crisis in America is not expected to be solved anytime soon, unless Washington finds a compromise.

"On this issue, both parties hate each other so much that neither one can think rationally, and I don't think that helps, either," said Munger.

Many individuals are shirking health insurance altogether and rushing to herbal remedies instead - to medical marijuana, in particular.