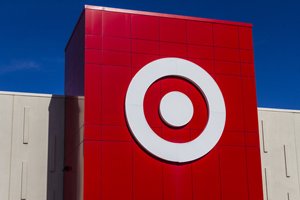 Earnings are driving one of our top stocks to watch today (Wednesday, May 17) up over 7% in early morning trading.

The other two stocks are moving thanks to swirling rumors about a possible buyout and a major new licensing deal. However, both of these rumors remain unconfirmed.

This morning, Target stock was up as much as 7% in early morning trading after beating earnings expectations. However, investors seem to be coming down from the frenzy as the retailer is currently up only 2.5%.

Despite the increased earnings, sales were down slightly from last year with a same-store decline of 1.3%. This year, sales were $16.02 billion, while they were $16.19 billion last year. However, the sales figure for the quarter did beat analysts' expectations of $15.62 billion.

This sales drop isn't enough on its own to write the company off, but the lack of growth after disappointing holiday numbers is. For Q4 2016, Target's sales decreased 1.5%. Weak sales numbers during the crucial holiday shopping season are concerning.

While the profit beats have investors optimistic, we at Money Morning are bearish on traditional retailers as a whole. Target is no exception. The falling sales show that the retailer is still struggling to secure its share of the market despite better than expected profits.

Why TGT is a must-watch today: While Target beat earnings expectations, we're still not buying. With both holiday sales and total sales decreasing, we see trouble ahead for the company.

Colgate-Palmolive stock is rallying 3% in early morning trading after CEO Ian Cook indicated he would be willing to sell the company for $100 a share.

The stated buyout amount was given during a meeting with institutional investors a few weeks ago. Obviously, those attending that meeting could be potential buyers, which has flamed rumors that the company may have deals on the table.

As of right now, there is no formal buyout offer. But the target sale price of $100 a share is almost 40% above the current market price of $71.58. That is a large premium for a company that had flat sales in 2016.

Why CL is a must-watch today: While buyout talk is still rumor for Colgate, it is possible that the CEO is looking to sell. Keep an eye on this company as any more buyout news could send the stock higher. Conversely, if talks fall through, CL stock may pull back.

Yesterday, AMD stock climbed 11.65% thanks to rumors of a licensing deal with Intel Corp. (Nasdaq: INTC).

However, the stock reversed this morning and is down 8.5% after the company declined to confirm the rumors of a licensing deal. The rumored deal for graphic chips would go into effect once Intel's Nvidia Corp. (Nadsaq: NVDA) deal expires.

Fudzilla, a technology news site, broke the licensing news yesterday. However, the report lacked details and an official statement from either AMD or INTC.

Why AMD is a must-watch today: Given the over 8% decline today, investors place a lot of value on a licensing deal with Intel. If the news does get confirmed, the stock price will likely rebound again.