In a perfect world, we'd all have the same information, and stocks would price themselves quickly and accurately, and there'd be no "mystery" or uncertainty in taking a position.

Then again, there wouldn't be any massive opportunities like the one I'm going to show you, either.

This is the next best thing to getting something for nothing. The situation isn't unlike what used to happen in stores back in the day, before barcodes and RFID tags, when a high school kid would go around with a sticker gun, sticking prices on items, and make a mistake.

It might not have been so great for the employee, but it was always a sweet feeling to get an unexpected deal.

Well, the exact same thing is happening right now with the stock of one of the best pharma companies on the market...

Companies Are Coming Up Fast on the Patent Cliff

Plenty of the big pharma companies have been struggling to keep their blockbuster revenue on track, even as some of their top sellers are reaching the end of patent exclusivity or new competitors are entering into the same market.

The primary focus and management challenge, as a publicly traded company, is growth. There are really only two ways to get it:

The best pharma companies, like the one I'm about to name here, judiciously do a little bit of both...

In this case, though, there's a twist - a welcome, lucrative one.

You see, this major drug company also has a rock-solid consumer products division that accounts for a respectable 20% of annual revenue. 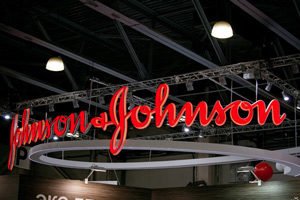 I'm talking about Johnson & Johnson (NYSE: JNJ) - the 130-year-old "gentle giant" of a company that makes Listerine, Tylenol, and No-More-Tears baby shampoo (and has paid an increasingly juicy dividend every year for the past 55 years). There's a lot more happening here than meets the eye, on a number of levels.

According to Business Insider, J&J is the No. 7 most powerful brand in the world - on the consumer side.

That's impressive, but it says next to nothing about its pharma business.

And this is precisely the dilemma that analysts find themselves in when looking at the stock (and markets when pricing the shares)...

"Is it a consumer goods company? Is it a pharmaceutical company?"

The truth is, it's both, and we can take advantage of their confusion on the subject.

Now, its recent first-quarter numbers showed that its pharma business only grew 1.4% versus the same quarter last year. The problem with headlines is that they don't tell the whole story.

There were several one-time write-offs this quarter, particularly to encourage more coverage and sales of its drugs through pharmacy benefit managers (PBMs). As we've discussed recently, the PBMs can make or break a drug these days. They decide whether drugs are covered by insurance, how much of them is covered, etc. Working with them is a good sign.

And there's also the potential that its blockbuster $2.3 billion a year blood thinner Xarelto is in promising shape to get expanded labeling to treat coronary and peripheral artery disease.

This arsenal could be even more impressive in the very near future.

Johnson & Johnson Is Out to Get Growth

But J&J knows that in the big pharma arena, you need to grow your pipeline whenever, and however, you can, either internally or externally. This is how you not only endure, but succeed in the long term.

So, J&J went out and bought Swiss drugmaker Actelion. Actelion was founded by a husband and wife scientific team that was purely focused on pulmonary arterial hypertension using endothelin receptor antagonists (ERAs) in 1996.

The Swiss pharma Roche took Actelion under its wing, but after a year or two, Roche cut its funding and Actelion kept up its work. Even after some other ERA biotechs crashed and burned during trials, Actelion continued.

And now it has paid off for both Actelion and J&J.

J&J bought Actelion's high-cost, high-margin drugs, and Actelion got to keep its R&D operation. J&J has a 16% stake in the R&D side with an option to purchase another 16% in coming years. That is a potential pipeline for J&J without it having to take on the risks of early-stage drug development.

But the real advantage to J&J is it gets some new drugs that will help the bottom line immediately. Plus, its massive distribution network will do wonders for getting these new drugs out into the global market.

The Fog of Confusion and Negativity Here Is Perfect for Us

Can you recommend 2 or e of the small pot stocks to buy?
Thanks
Ted